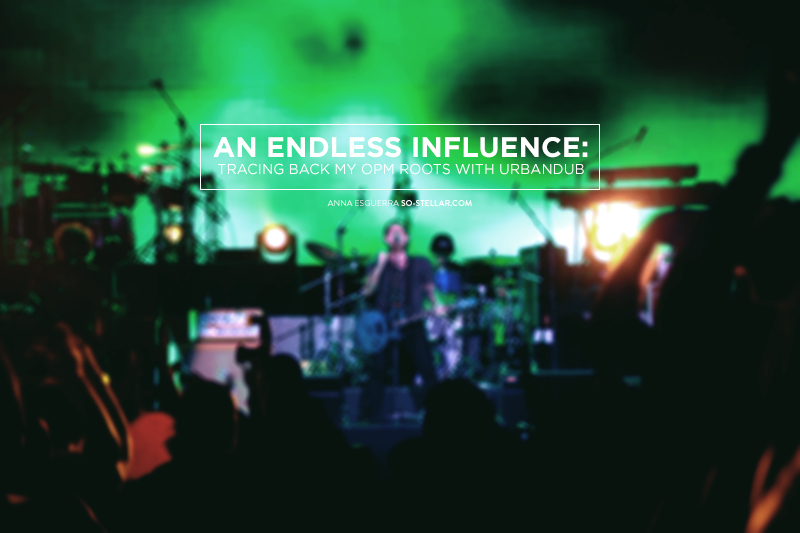 Urbandub from last year during the Jack TV MADFest Event, and the last time I watched them.

April 1: The band posted on their Facebook page the announcement that they are splitting and going their different ways. This left many people confused and unsure whether to take the news seriously because it was April Fool’s day – the day where you take every news bit announcement with a grain of salt.

Towards the end of the day, many people’s speculations turned out to be true, much to their dismay and disappointment. They are, indeed, breaking up. The following day, some major local newspapers have published the news. It does not get any more official and confirmed than a nationwide print.

It’s already April 4 and, there’s still no announcement that they’re playing us all along. Guess that makes it super duper mega official. 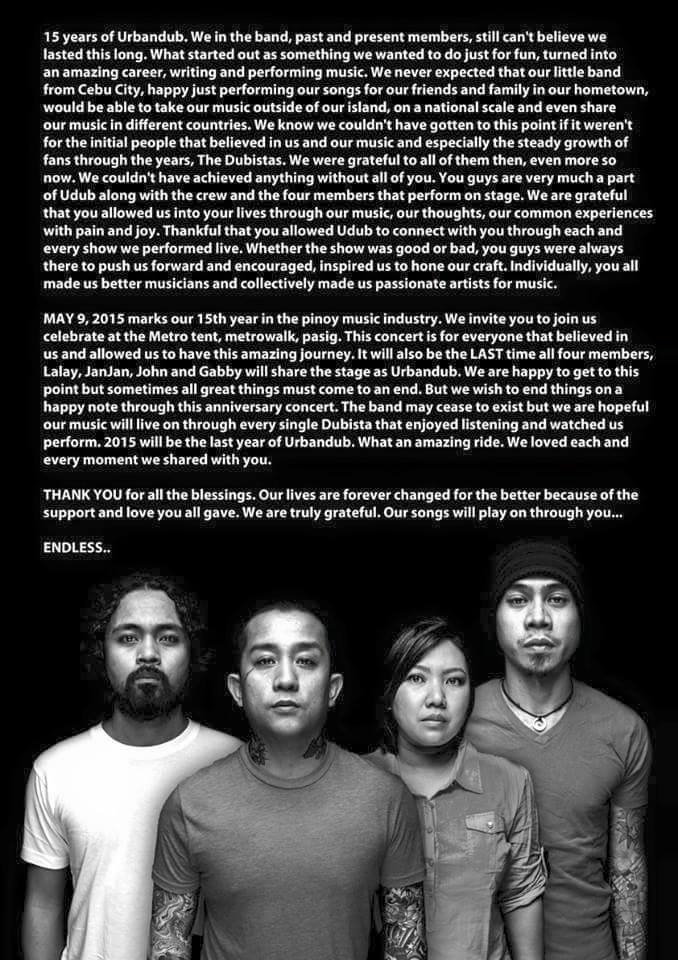 So there’s that.. Urbandub no more. BUT HOLD ON, SKIPPER. They will be playing a show on May 9 at the Metrotent Convention Center. It’ll be the very last show. Prior to that, I think there will be other shows around this month to be held at different bars around the metro.. so if you can’t make it next month, make sure to catch them in the smaller shows this April. They’re actually giving people a lot of chances to watch them for the last-last-last-er(? lol) time.

My opinion of this, though, is that shouldn’t their final show be held at the place where they originated from? In Cebu, where they started. I think it is safe to assume that Cebuanos helped big time in putting this band on the map and it would be respectful if they closed up shop there instead of doing it in Manila.

I’m not saying this because I’m a Cebuano. Nope, I’m in Manila.. but just for old time’s sake, I think it would be better to do it there. But if the tables were turned: Cebu gets the last show, they might be more considerate to give way and do it in Manila. I guess it’s a matter of who’s willing to compromise. 🙂

For old time’s sake.. for my personal use, I made a small compilation of my favorite Urbandub songs. Tonight, I’m sharing them with you! Basically, these are my picks from their very first album, Birth, up to the last album I have from them, Under Southern Lights. I stopped following them after that album. I’ve no idea how they sound now, though, sorry. (Originally I plan to include an 8tracks playlist but ugh, turns out they don’t allow more than two songs from the same artist! I’d try Spotify but their discography isn’t complete there.)

In case you’re wondering, FIRST OF SUMMER, their most popular song that I am aware of is not in this list. I aim to introduce older and less radio-friendly songs with my mix hehe. Tracklist below:

2005: Going back to 10 years ago, the internet that we know now was in its infancy back then. Whatever technology we have now, did not exist yet around this time. Twitter was unheard of. I spent most of my time lurking around local forums catering to the Philippine music scene – best known as OPM. The local rock music scene played a very important role in my world back then.

Does anyone remember how important Yahoo! Groups and Mailing Lists were back then? It was the pre-social media of that time. Band members were just an arms length to communicate with. If you knew around which time they’d log-in and start replying to messages in the groups. 😉

Through these Yahoo! Groups and conversing with people and newfound friends then, it was how I discovered Urbandub’s music. To be more specific, through Pupil’s music… which led me to their Mailing List, talking to people, heard about this new band in passing. There.

Bit of backstory on Pupil: They were the first ever OPM band I followed and kept tabs on, til I became active enough to be recognizable online and offline, etc etc. Started w/ Ely Buendia, around second year highschool when a good friend introduced me to OPM through Eraserheads’ music. Fast forward to the present, I haven’t been to many local gigs, but whenever they have a new album out I keep myself updated and grab a physical copy of the CD. 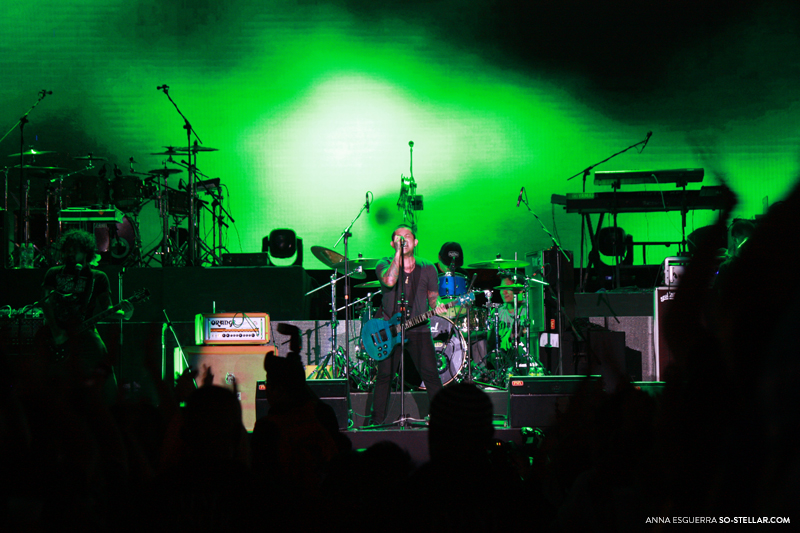 Urbandub from last year during the Jack TV MADFest Event, and the last time I watched them.

All these bands are easily part of my soundtrack of my teenage life, if I were to have one. I still listen to them from time to time, but mostly their earlier albums and I don’t keep track of their stuff after 2008 for most of these bands.

Back to Urbandub, a song that I heard first is their cover of Sade’s No Ordinary Love, from this compilation album called Full Volume. I absolutely LOVED it just listening to it for the first time. I just had to check out the whole discography. Wasn’t disappointed to find out most songs were just as great. I was hooked! I think the next one I loved was their collaboration with Dice and K9 in a track called “Apart”.

2005-2011: Quite a rollercoaster along these years because I had to juggle my highschool, then college academic life with my ‘nightlife’. Don’t get me wrong, it’s not as scandalous as it may sound reading that part. I literally just come out at night, to venues accessible to me, just to watch these bands. If I could muster the courage, I’d meet and greet them for a photo and to sign my CDs after. Not a drop of alcohol in my system occurred at all!

In the end it was hard to keep up because school was eating my time and the whole scene was starting to change and become intimidating.

Check out this song of Urbandub though, called Future. For some reason this song has always stuck in my head. It must have had an importance to me for remember it up to now.

OK I know why it’s memorable: Check out how young everyone looked. Armi sporting her signature look before, a long ponytail’d hair.

“Spread the word and not the hurt!”

2015: The band is breaking up and there’s doing a series of shows within this month (as far as I know? I saw one listing for a 19 East gig later this month), with a final one the following month. After that it’s no more. Goodbye. Adios. Or hello to the solo career of some members, or not. Who knows.

I found myself going through my CD collection and to my surprise, finding out I have two CDs from Urbandub. I wish I took the time to look for the first two albums, Birth, and Influence, too.. but okay, two is better than nothing. I plan to have these albums signed if ever I make it to one of their final shows.

I guess my only regret in my years of following and supporting this band was that I did not invest a lot of time to them. I only saw them frequently. Come to think of it, overall maybe around 3-5x only. 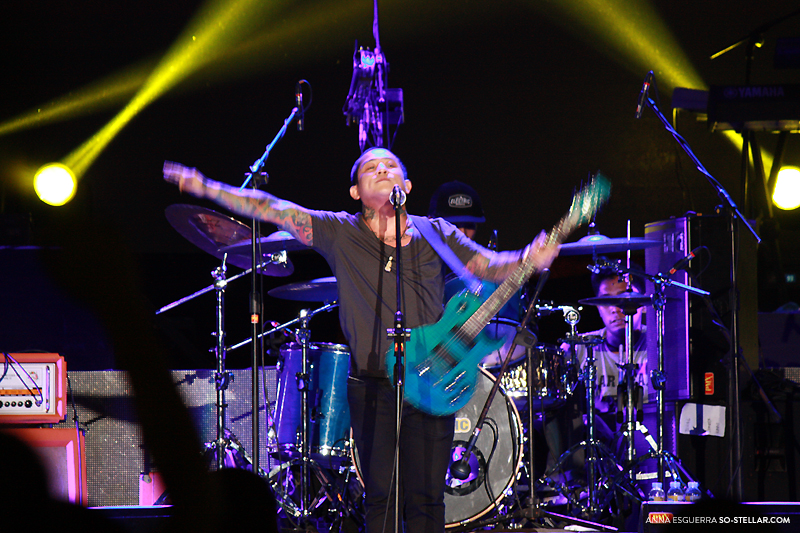 Their set during Kimbra’s Jack TV appearance was the last time I’ve watched Urbandub and I just happened to see their set because I arrived late. And the member lineup was not the original, as far as I know. Only the drummer and the vocalist were the original members and the guitarist and bassist were different people at the time. Photos of Gabby Alipe performing was from this show.

So, which group of musicians or anyone in the entertainment industry left you and made you feel most affected/hurt/depressed when they split up and went their separate ways? Hahahaha.. besides 1D. Just had to bring that up as early as now. 😛