Woke up around 5:30 AM the next day and quickly changed to our rash guards and outside to the sea to start our tour. I wanted to stay in longer but the tour guide was knocking down our door to wake us up. Didn’t know a wakeup call was included LOL. Everything felt like it was rushed, and I did not understand why. 😆 But when I checked the time when we finished the major activities, it was barely 11AM. They say that time is slow when you’re away from technology, they weren’t kidding about that.

First was the Dolphin watching activity. Apparently we missed that one because we were too late to leave. The only reason why we were ‘late’ because they told us they were waiting for this couple that never showed up. Ugh. 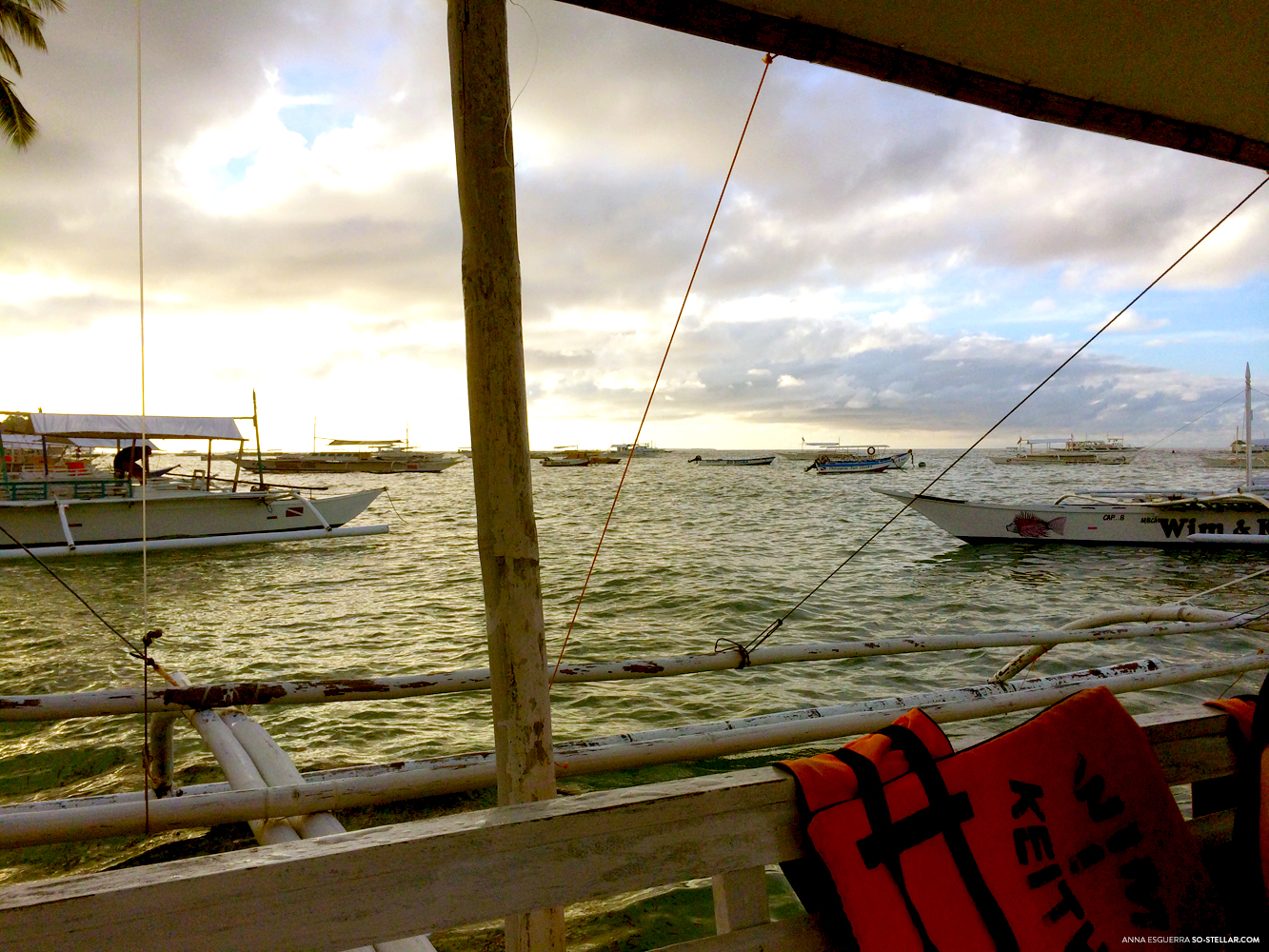 Sea situation at 6:45AM in Panglao Island

This morning’s activities include… island hopping, and swimming, snorkelling, feeding of fishes (lol). I didn’t get to enjoy most of these activities because it’s only for people who can swim. 😉 I was mostly stuck inside the boat taking photos and eating.. hahaha. It sounds so sad when I think about it now. But actually, we did not have a proper meal that morning because right when we woke up we went out and straight to the shore and in to the boat. I thought we would have some company w/ us in the boat, but turns out its just the four of us (and two tour guides) in the boat. Hmph, I was expecting to meet new people. 😛 Just kidding. 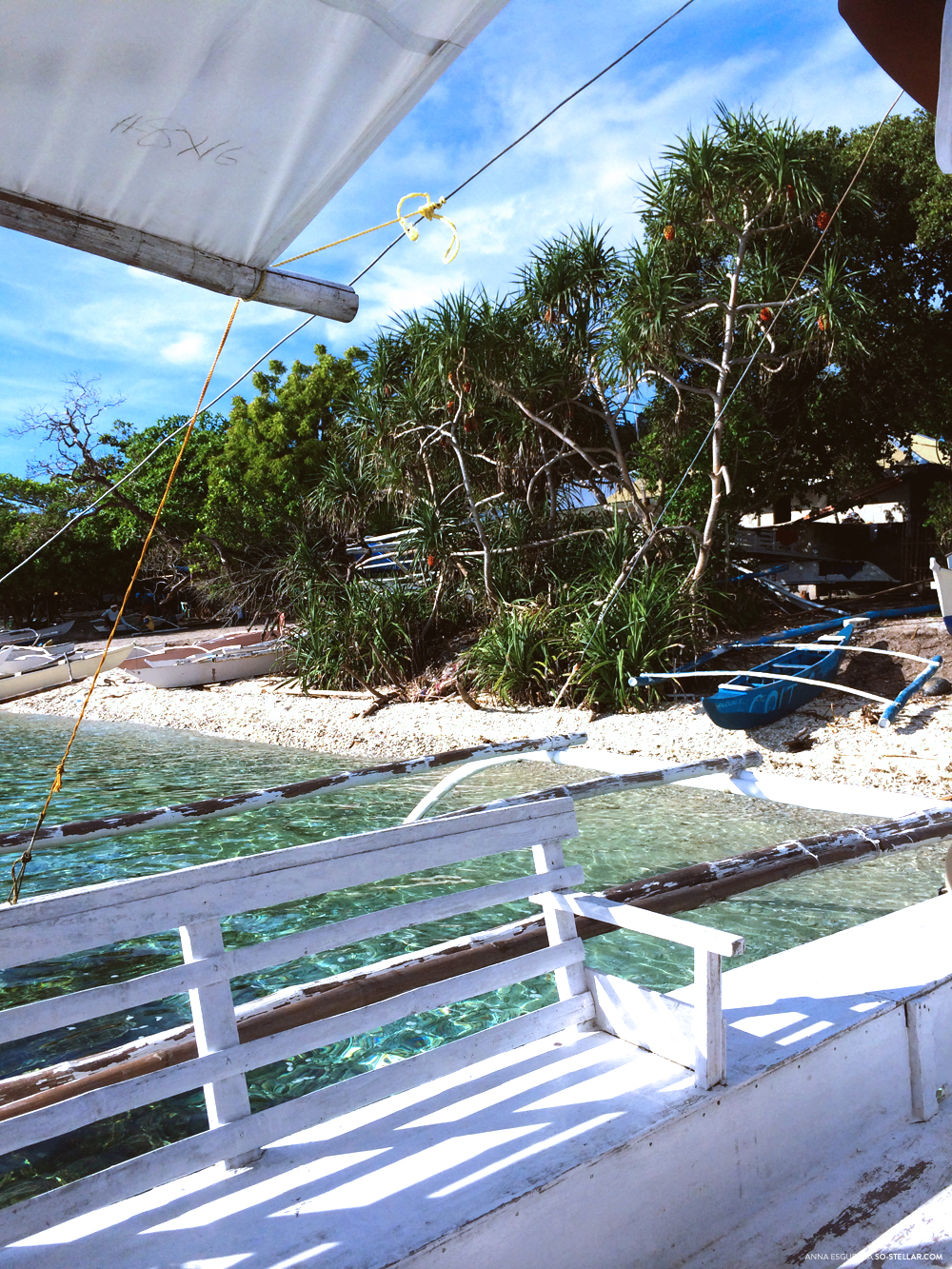 This is the shoreline of one of the islands we stopped by, but one that we did not even bother checking out. I forgot why we skipped this one. I think it was because.. it was too hot and there wasn’t much to see, according to the tour guide. This is also the only photo I have of the island, out of all that we passed. 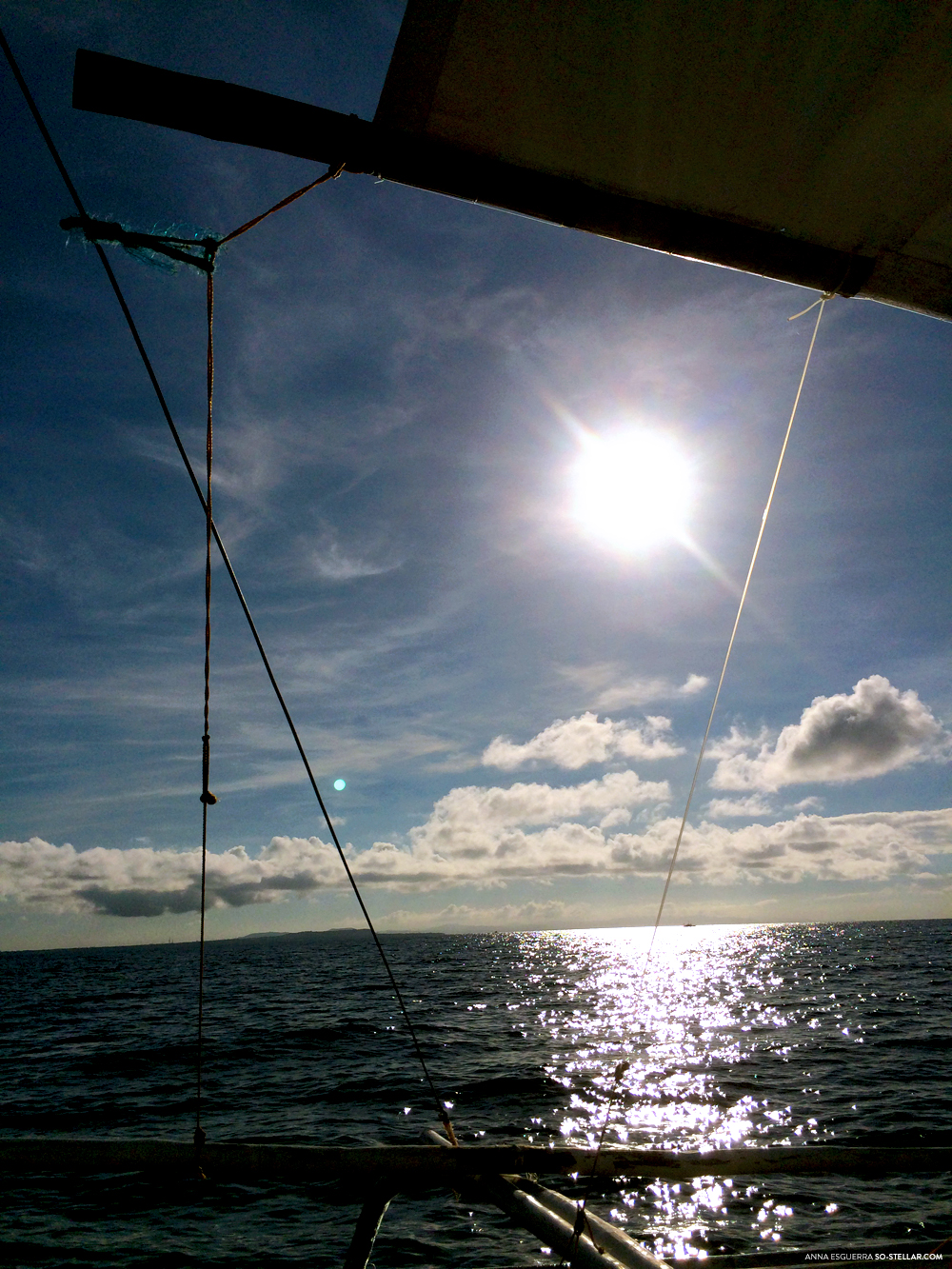 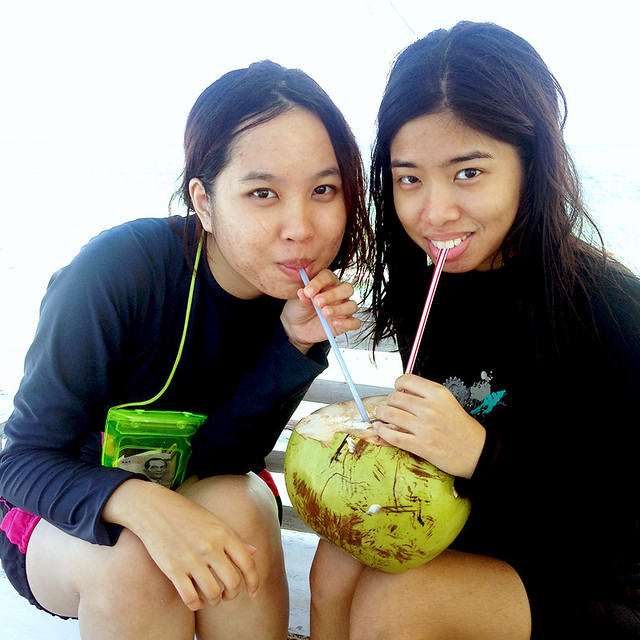 Virgin Island is another island from the island hopping tour that we went to and stayed for a long time. It’s not usually frequented by tourists, according to what people say about it online. When we got there it was pretty isolated, and it was high tide so we didn’t get to experience hanging out by the white sand nor did we see it afloat. 🙁 Still, we stayed for some time to take a break, and eat our snacks and take some photos. What else was there to do, anyway?  (Further reading: This guy has a better post about Virgin Island, and he was able to see it during a low tide day) The island reminded me of one of the islands we visited on our island hopping tour in Caramoan last year though! 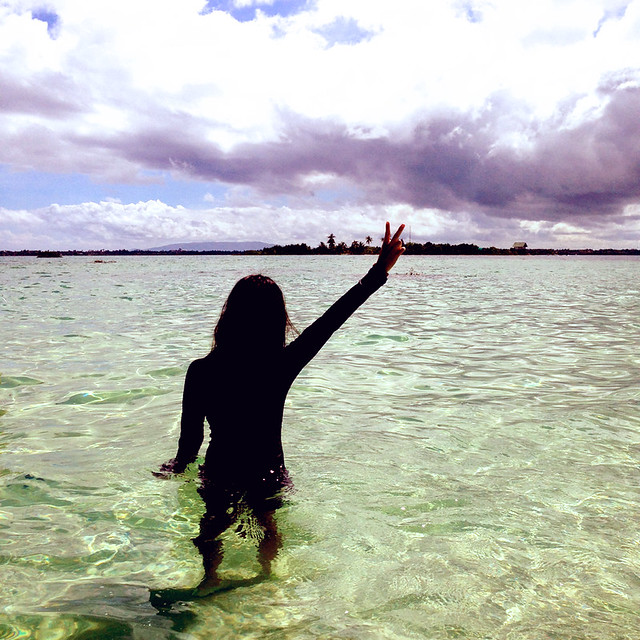 If the water was deeper than this, I probably won’t have this photo lol.

That was the end of our island hopping tour and activities for Panglao island. I believe we ended around quarter to noon w/ all of this and then we headed back to our room to take a shower, pack up, and check out before 12 noon. We left the guest house right on time and we were about to embark on the rest of today’s activities in Bohol island that day.

This is the thing with 4-day trips.. it doesn’t feel relaxing at all. Isn’t that counterproductive to why you’re out in the province or taking a break/leave/vacation in the first place? 😛 You fit as much activities as you can in two days and hope for the best, hahaha.

As for me.. I wish we could have done more, or spent a longer time. I felt like this needed more. Something more. But for the sake of going and saying that we’ve been there — that’s exactly what happened. Then again, this was a spur-of-the-moment thing. Had we prepared earlier and researched better, it would have yield better results. 🙂