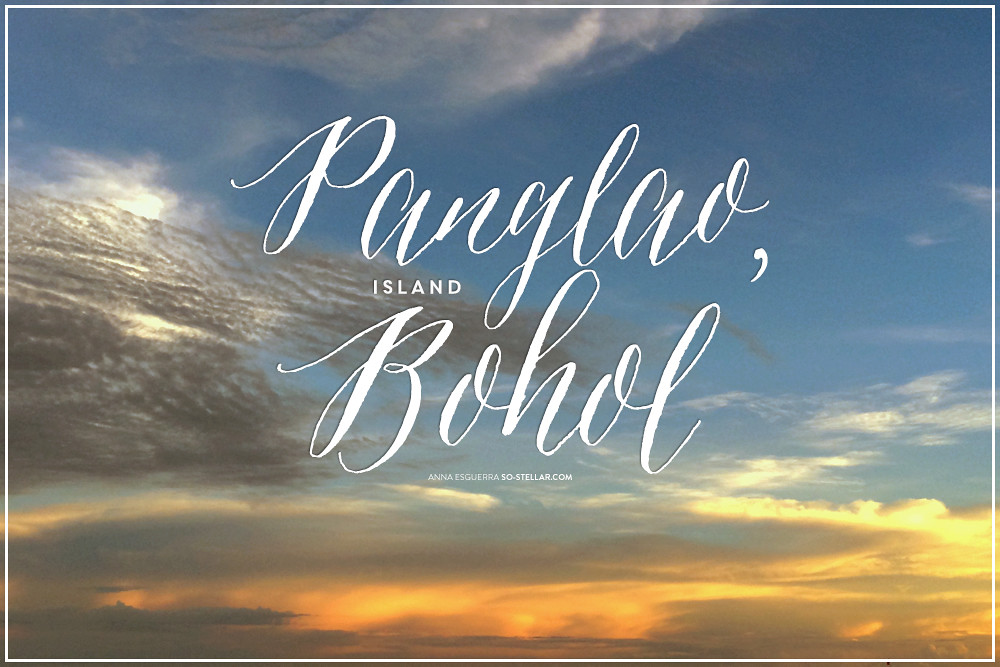 My friends and I always make it a point that every year, during the summer, we go out of the city and explore a place somewhere in the Philippines. If our budget allows it, we’ll go outside the country. I think we can consider it a tradition since this is the third time to be a part of this. For the previous year, we went to Leyte and Bohol.

Going to Bohol was unplanned, more like something we just decided on pursuing while we were waiting at the airport when we missed our flight to Tacloban. Long story short: We missed our initial flight to Tacloban, bought new tickets for the next available flight in a different airline, decided if we should go to Cebu again instead because we know the place better or stick with Tacloban. Went with the latter. Made some last minute itinerary changes.

All we could do at that time was laugh at what happened, and how stupid we were for buying new tickets on the spot, and damaging our measly budget for this trip before we even got to the destination. That was the first time I experienced missing a flight. I deemed the airline shitty and promised never to try them again. I never experience this! Not even a delayed flight, I think. Or maybe I have but I didn’t have anything to lose so I didn’t mind having any of my previous flights delayed in the past. For the record, I was early to arrive.

Soon as we landed in Tacloban, we went to Leyte to meet our other friend and we went to Bohol next day. All those places will have their own separate posts in the coming days! It was a very loong trip by sea, I feel like all we did going to-and-from Leyte-Bohol was sleep inside the boat.

Anyway, right when we got off in Bohol.. we took the necessary trips to get to Panglao Island. It wasn’t my first time in Bohol. I have visited the place many, many times as a kid. But I didn’t know better back then and would just be stuck in our ancestral house for the rest of the trip. Didn’t made friends w/ the locals and only played with my cousins. You might think that because I had some experience in the place as a kid, I would at least know how to speak Bisaya.. No I don’t. I understand a little of it though. I remember my family taking us to the beach, somewhere in Panglao too but that’s about it.

From memory, Panglao Island is THE place for beaches over there. Everything was new to me. I had no idea of all the things I/we found and did and discovered while my friends and I were there. I couldn’t be more helpful to the group at the time so I let them guide me and from here on.. I was discovering Panglao with a fresh set of eyes, and from a new, adolescent perspective I guess you can say.

After a looooong day, we finally arrived in Panglao Island. It was late afternoon when we arrived. Our accommodations were taken care by Alona Bamboo House. Not the best but it had everything that we needed. 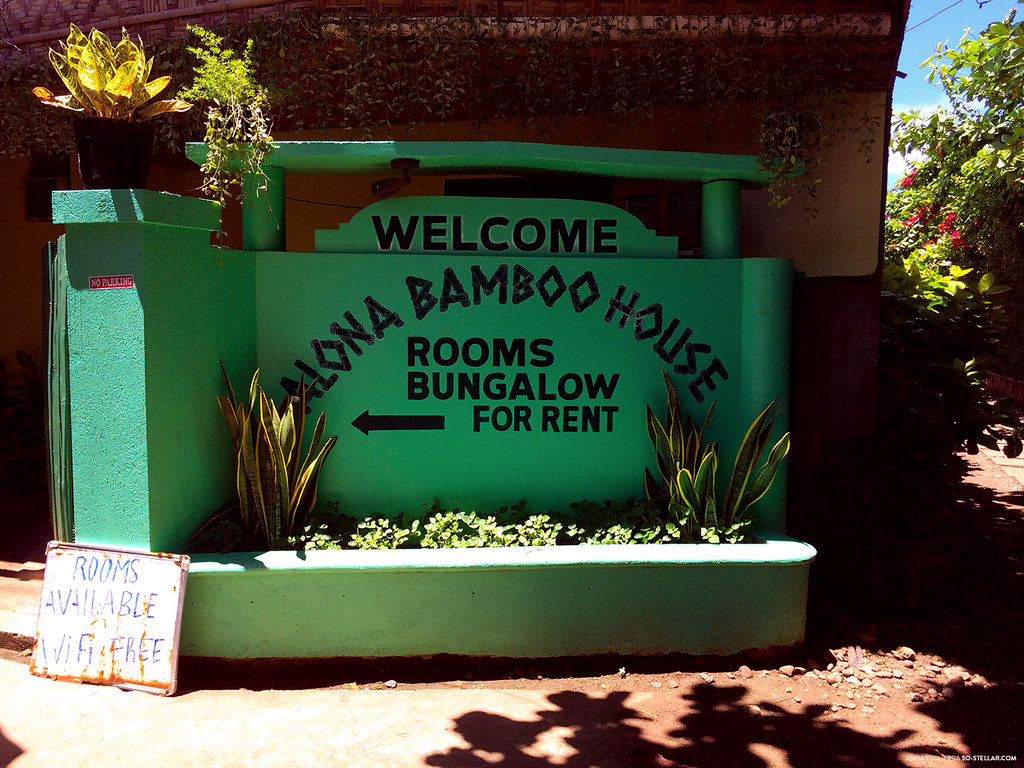 Later that afternoon, we took a stroll by the beachfront after we have settled in our room. The way to the beach is through a small alley at the side of the front of this guest house (it’s the right corner in the photo on top). We looked around and observed the other neighboring attractions such as restaurants, souvenir shops, bars, clubs, and the premium resorts.

There were also guys roaming around the area offering tour packages composed of island hopping activities and more which is available for next day (from morning til noontime). Don’t remember the exact price anymore but it’s around PHP 1500 for the whole tour of Panglao Island hopping package, which does not include meals or food and gear you might need when you go snorkelling. Just the tour guide fee and the boat you’ll rent to go around the islands, I’m guessing. Also, the rate of PHP 1500 isn’t consistent. Other guys offer it for a higher price, lol. So don’t take up the first offer and check out other offers before deciding. Make sure you get their contact number and don’t pay up front until you have consumed the tour package at least. 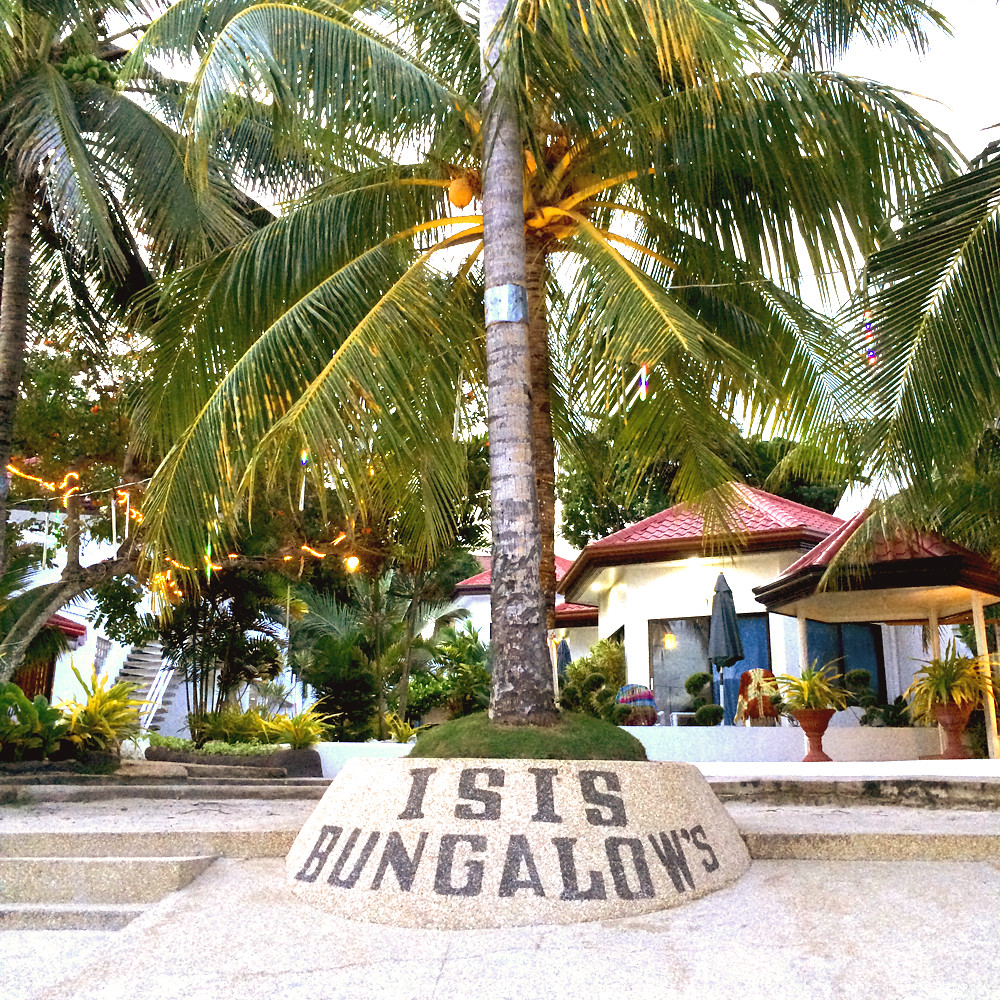 One of the more expensive resorts w/ a beachfront access 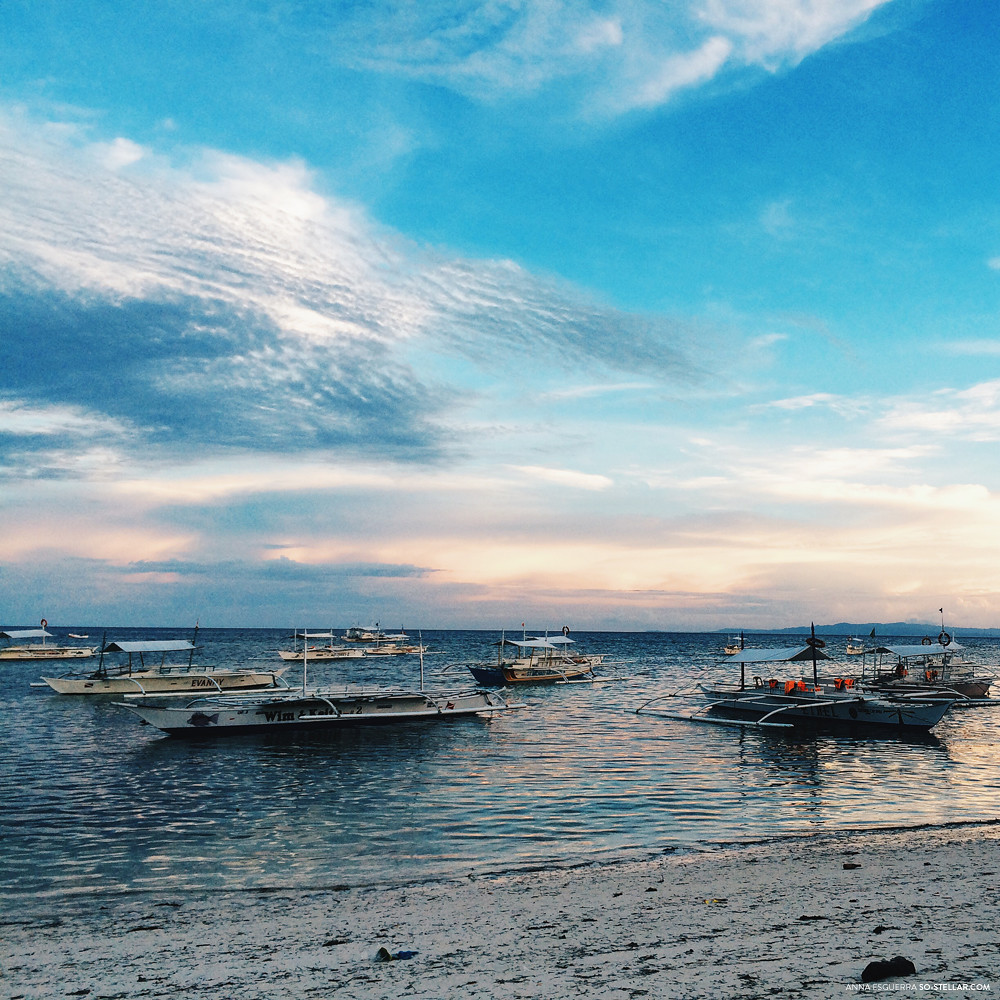 This view greeted us when we got to the beach front from the guest house!

By nighttime, the shops closer to where we’re staying have closed and the place was eerie and dark and the hype has been moved towards the center of the island. It was time to look for a place to eat. We checked each stall we passed by that sold fresh seafoods. Different prices, but most of them the same. Only difference is some looks more fresh than the other. 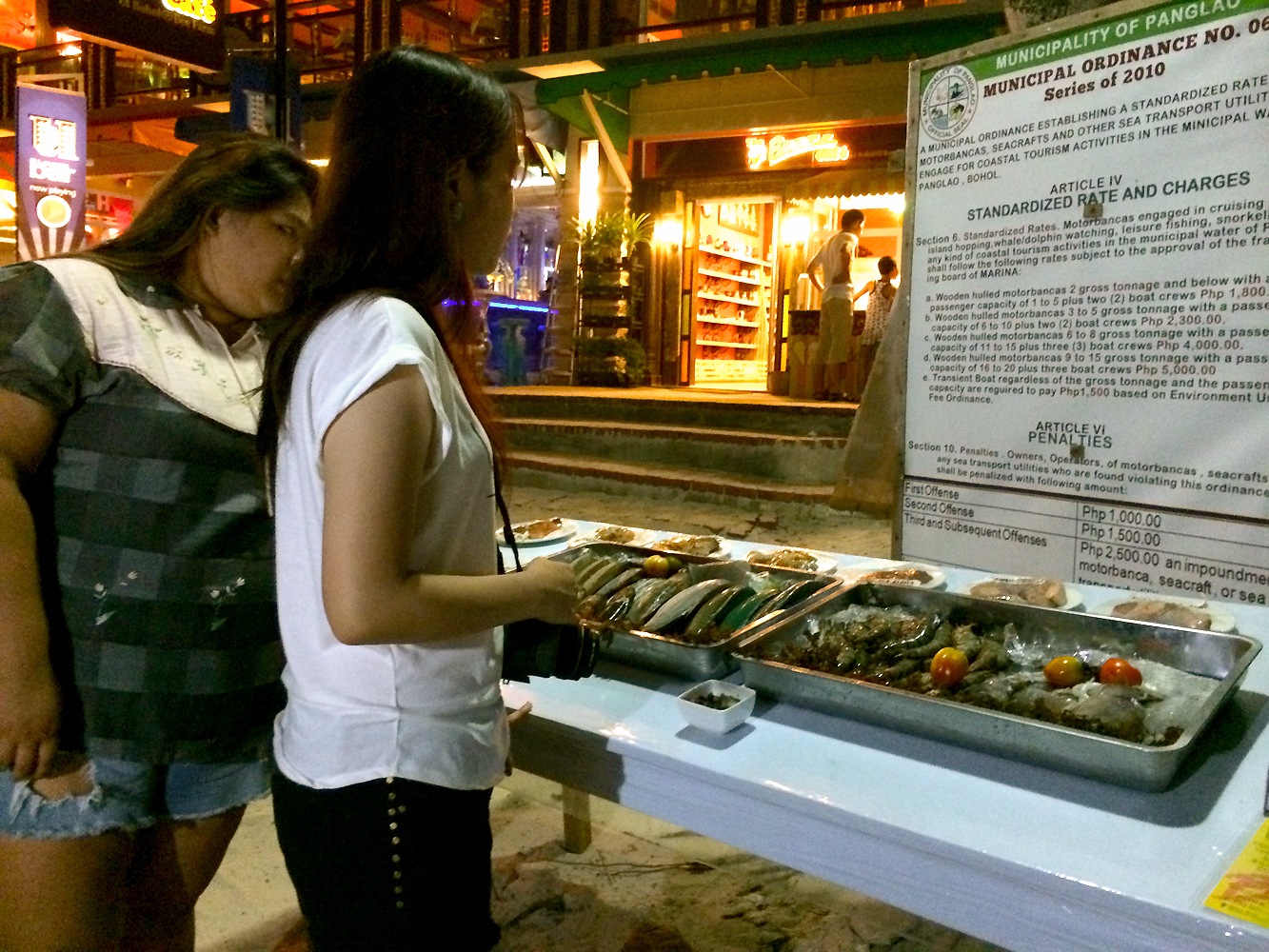 Checking out the seafood menu

Some restaurants, unfortunately the one we chose to dine in, take a really long time to serve the food. I feel that if we were foreigners, or at least looked close to one, we would’ve gotten a better service. :/ That was unfair, but whatever. Maybe we look like we didn’t have enough money so they did not feel like exerting more effort on us? Lol. Kinda lost the appetite to have a nice dinner too. I would have settled for any type of meat that was grilled. I’d be a happy camper. Why was there no cheap ihaw-ihaw in the area, anyway? 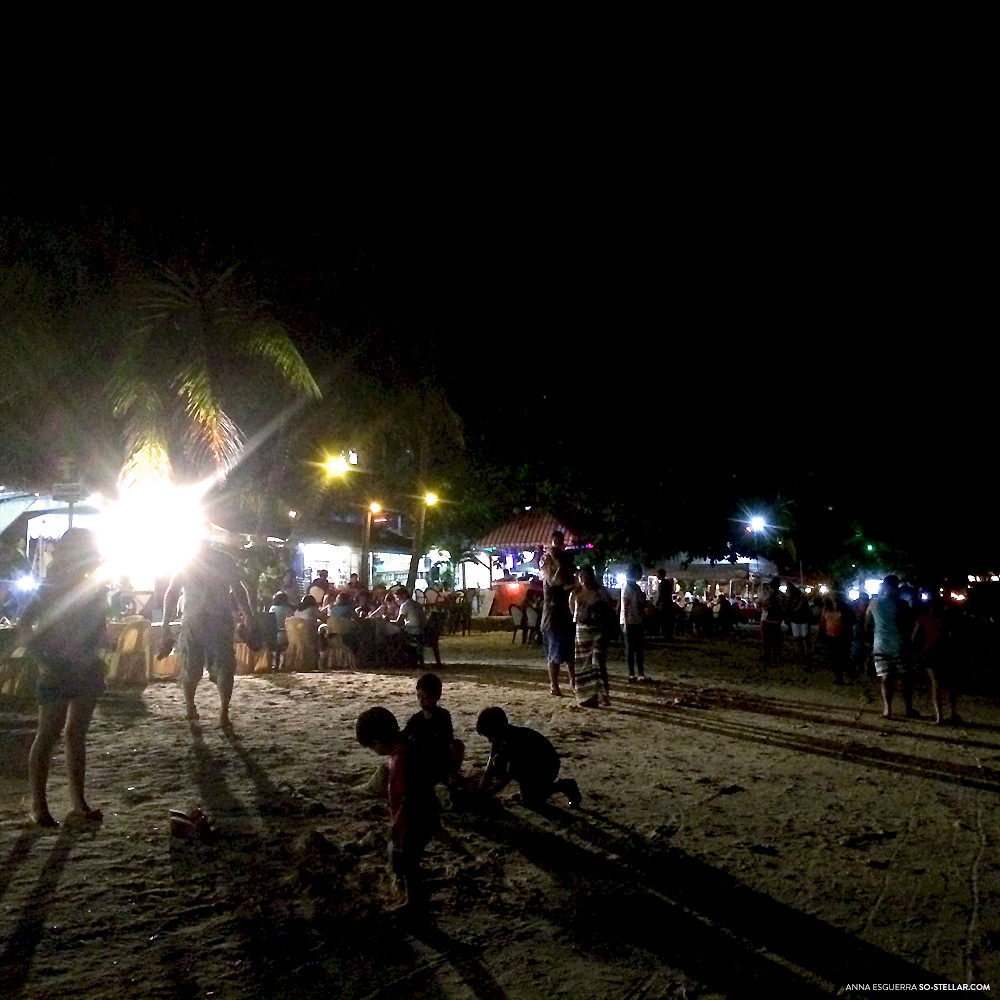 The scene at night in the middle of Panglao Island

You know the food really did take a long time before it was served when we found the time to roam around and was even able to watch the fire dance program(?) that night. That performance alone consumed 30 minutes. The performances was fun to watch, although being surrounded by couples wasn’t because it was a reminder and a rub to my face that I have no one! (Boohoo, loljk)

While my friend was busy taking a video of this moment, I took a photo (just to see if the phone can take decent pics in lowlight) and continued to watch.. not from my phone’s display but in real time. Haha. 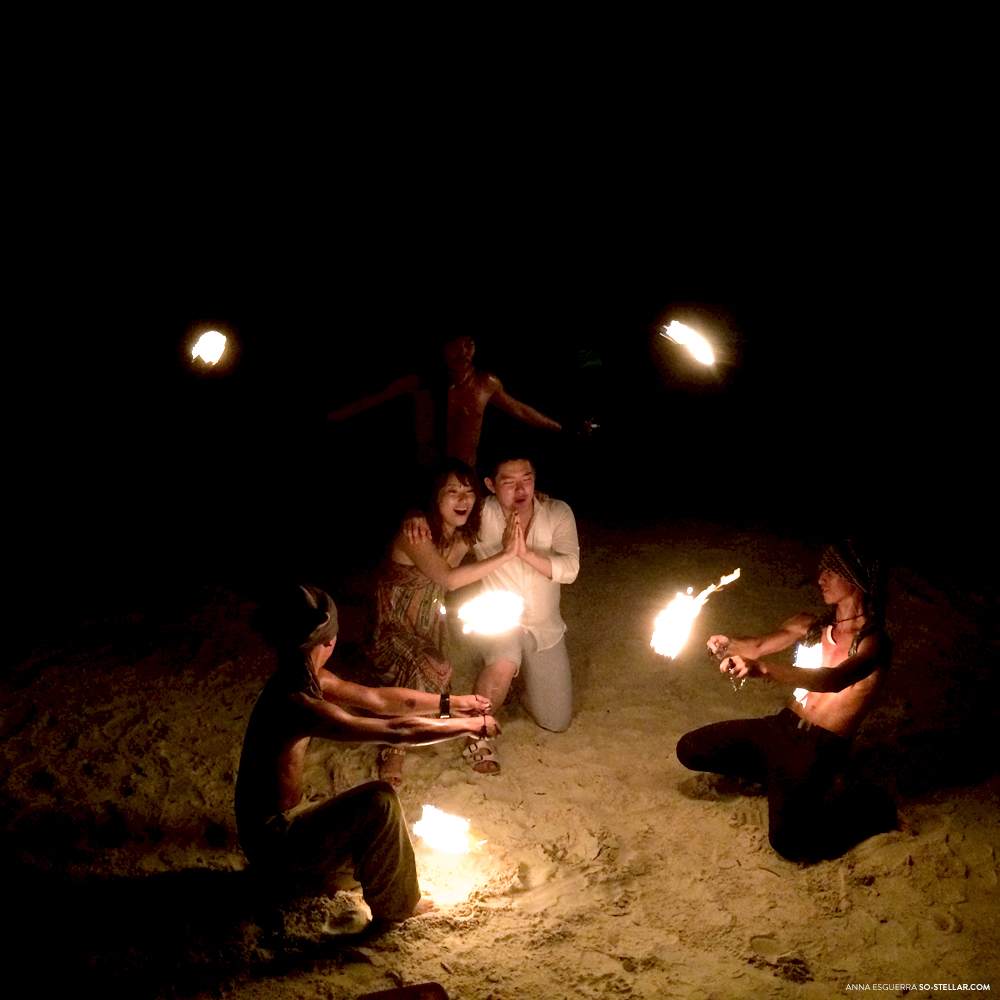 Some random Korean couple who participated in the program 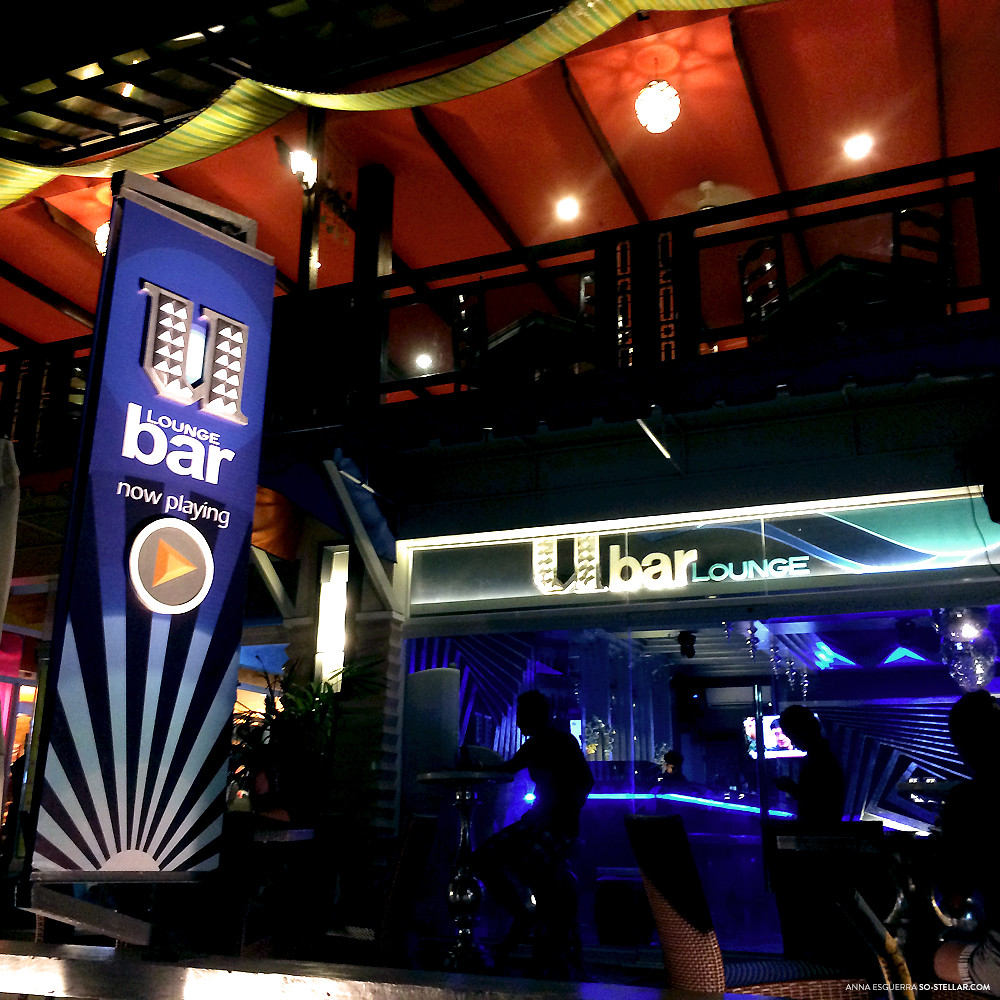 Finally, our dinner was served and waiting for us when we came back to our table. It wasn’t as tasty as I’d expected.. but I needed a full stomach for tonight. We aren’t the partying crowd, so we headed straight back to our room after dinner. Abused the WiFi all night til we fell asleep and made a reminder that we needed to be up early next day for that island hopping tour.