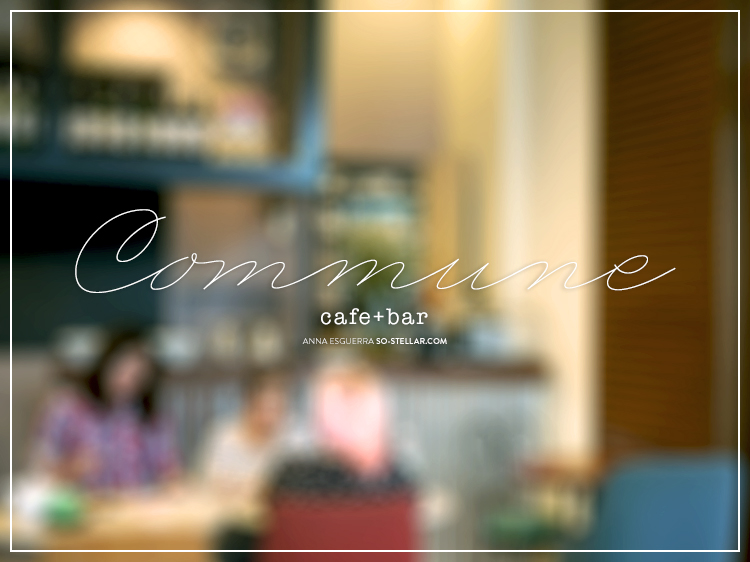 Commune is a cafe+bar located along H.V. Dela Costa St., in Salcedo, Makati

Meeting people isn’t my strongest suit. So imagine my nervousness meeting some of these people for the first time last Saturday. But, let’s analyze the situation carefully: We’ve gone from being ‘link exchange buddies’, to exchanging more than a few casual tweets on Twitter, and finally unlocking each other’s Pandora’s box by allowing them access to our offline lives by adding them to Facebook. On top of that, add the years that passed by since then, and you’ll get seven years. Seven years of “online friendship”. I think, a meet-up was definitely due for us.

I think I was the last equation to making this rather spontaneous meet-up happen. As they say, there’s strength in numbers. Or not. 😛 The way I remembered it, I just saw the three of them (Kisty, April, Mikyu: All three are bloggers too, check them out!) talking over Twitter and one of them tagged me. Moved to a private platform after that when there were enough people who were available on the said date to discuss more details.

I was suppose to meet April way before this, but because of conflicting schedules and no time.. it kept getting pushed. So there was another purpose to this meetup. We were going to meet so she could hand me down some of her unused calligraphy supplies for copies of photos printed in Instax from the Lang Leav book signing event we last went to last year. A few months ago I tweeted that if anybody has some calligraphy supplies they wanted to get rid of, I would be happy to take them. I know some calligraphists(?) tend to buy a lot of nibs and supplies in the long run, and for sure they would have some supplies they like more than the other and end up not using them. I don’t mind secondhand supplies when it comes to art materials anyway. They will get messed and used as they should be in the long run, so it’s fine.

I tweeted that small PSA with no care and kinda forgot about it throughout the day. Then, later that day, she was the only one who replied to that tweet saying she will give me a set(?), or a starter sampler kit of some sort and that I shouldn’t worry about it (regarding where to get the other materials). Whatever she had in mind to hand down to me, I was pretty excited for it! She was very encouraging to let me into this activity.

Fast forward to the night before, our major concern was where would we spend the entire afternoon. It would be the weekend so, for sure there would be a lot of people. We wanted to be somewhere far from the noise and more peaceful. Ideally this screams coffee shop. But which coffee shop would suit our needs?

On the day itself, we somehow we ended up at Commune cafe+bar. Probably because it was closer, what we could find in the last minute, and just around Ayala Makati area. We could’ve tried Local Edition but most of us have been there already. I keep hearing good things about Cafe Pascucci and UCC cafes but that’s for another time.

I love how it looks. Well, looks like the typical cafe to my eyes but compared to most I’ve been to (not a lot) it’s quiet (okay, given it was the weekend so not much employees that day), peaceful, cozy-looking atmosphere and more affordable choices, I think. The area is accessible to most of the working crowd along Makati than the crowd who frequents Greenbelt, and other malls close to Ayala.

Lastly, they have non-coffee drinks too. I don’t really drink coffee that much, nor I am a coffee connoisseur so this checks good on my book. Occasionally I’ll have the mainstream iced latte from those two big brands, and I’ll be a happy camper. Wasn’t able to try if they have meals, desserts or any food though. 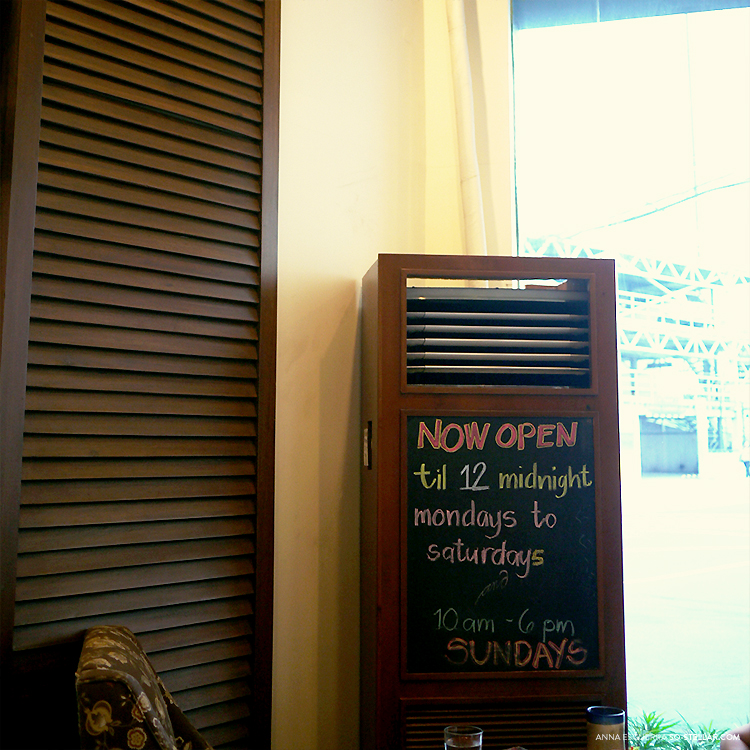 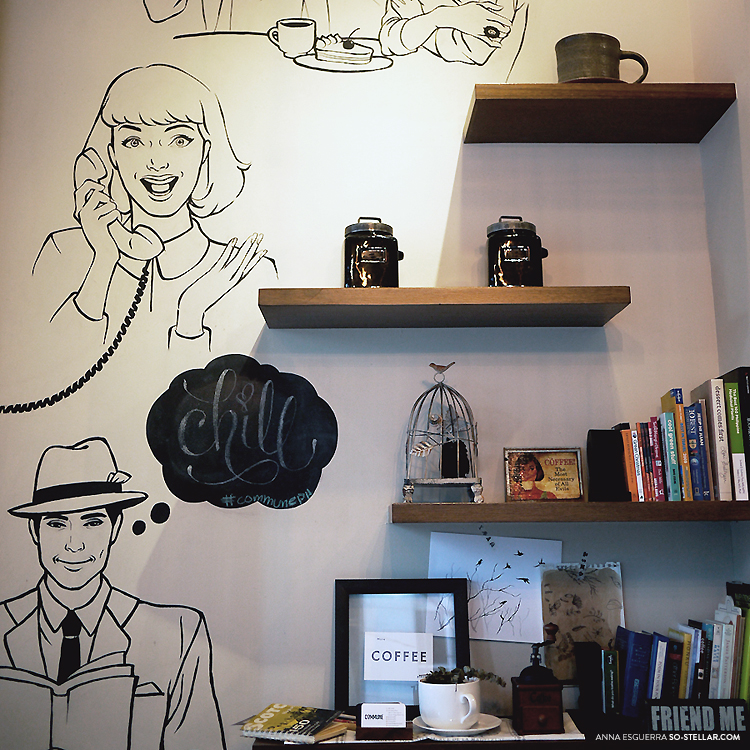 April finally handed me the ~personalized for Anna~ calligraphy kit. Just kidding, I just made up that personalized part. It feels like receiving a very late Christmas present (I’m still waiting for a lot more, but that’s for another post!) and it felt great to finally have it. As you can see in the photos below I was struggling so bad with it (bottom part, right side). April was doing it effortlessly (bottom part, left side), that’s a letter “A”, and I can only watch and try to imitate.. but fail miserably. Haha! 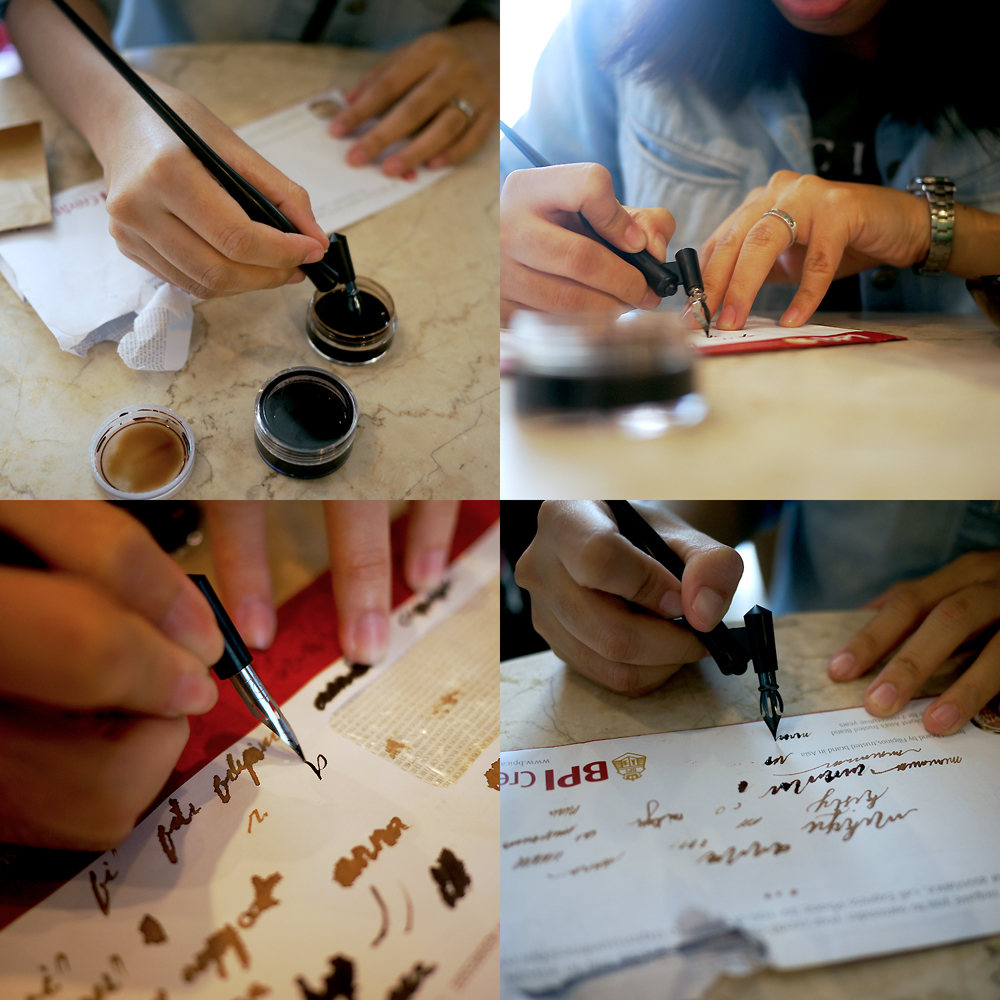 As of this writing though, I have picked up a way to hold the pen holder with the nib at an angle that works for me. It’s so-so level of writing, not even considered as calligraphy — but I’m pleased with my progress even if it’s rather slow. I don’t intend to be like the serious calligraphy artists here and make money from it. It’s for de-stressing and a fun hobby for me. I just find it enjoyable that I’m capable of writing using metal nibs, like how you would use a feather to write. Hey, I should try that next time and use the same inks. I wonder if it will work?! My favorite nib so far is the one I used in the last photo on top, the one that looks like a navy blur color of a nib.. only because it works the way I want! Haha.

Here are more photos around Commune: 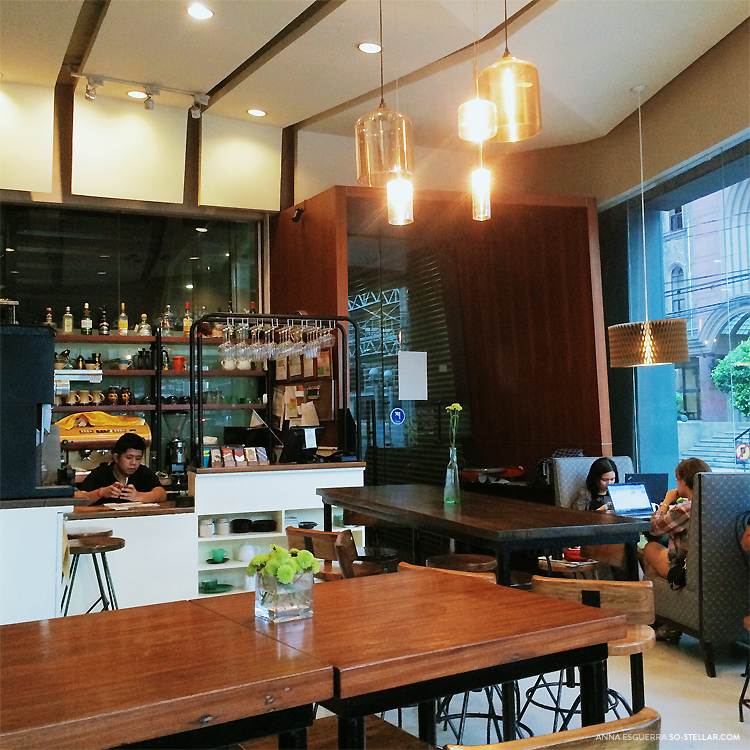 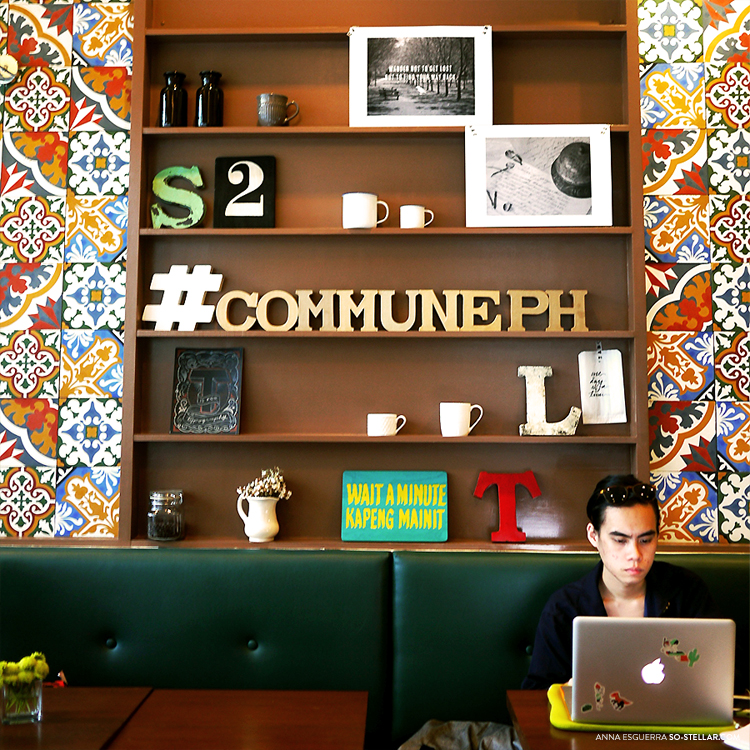 He clearly didn’t want to be in the photo, I’m so sorry dude. But the background, I needed a pic of it! 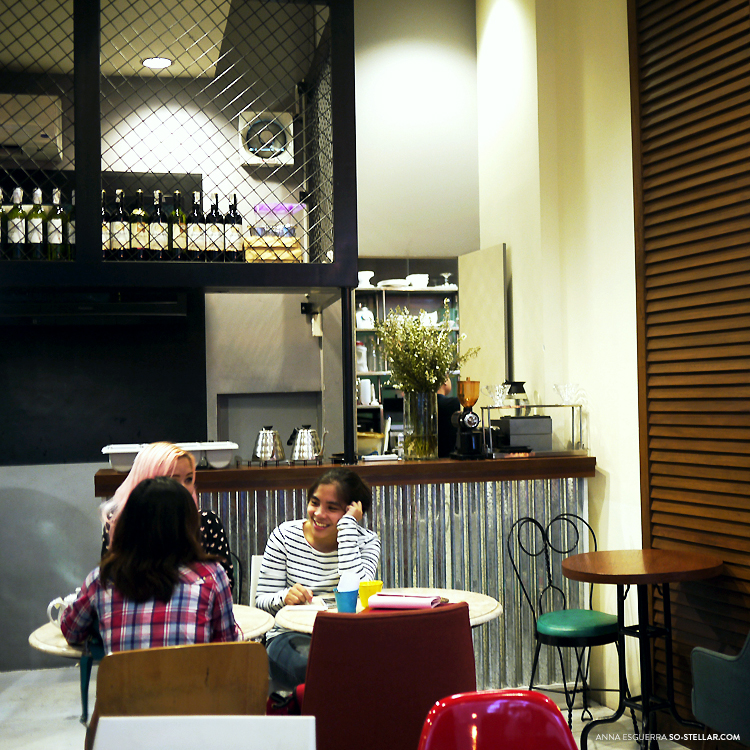 They’re not strangers, these are the girls I went here with.

That’s all. Fairly small place, that’s why not much photos. Or I just shot a bit because I’m shy shooting around and becoming a nuisance to the people around there. People go to cafes to be away from distractions, right? I wasn’t helping with their situation lol. Personally I don’t understand how people are able to work in such an area like this. Public places, I mean. I feel I get distracted easily when a customer walks in. What more with the noise on a weekday?

We had limited time to stay at Commune, so when it was our time to leave, it was around dinnertime. We moved to Greenbelt for dinner at Café Mary Grace. More talks, more catching up, more photos with each other. It was a fun day spent with these girls.

My regret that day was forgetting all about the recent Art Fair for this year. I was already in the general area the whole day! HOW did I miss it?! But this year was big, it was their 50th if I remember correctly.

To close today’s post.. here’s my share of the Instax photos I got that day. Not the best quality because it’s just a quick photo from my phone. Kisty is the one with pink hair. April, met her while we were still students, so yeah years ago, she is now a school teacher is the one on the right side photo. Mikyu, an online acquaintance from the blogosphere, mutual friends with the two, turned friend, too. Last photo is from our dinner at Café Mary Grace.

Photos of us from that day

Photos from April’s camera and shot by me.