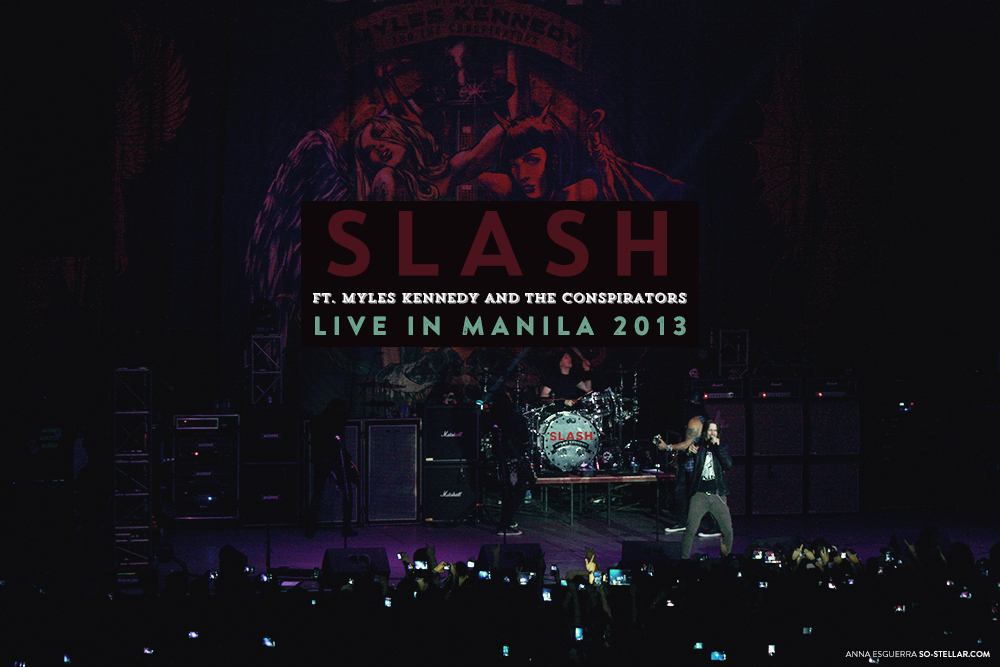 Sometime in 2013, Slash went to the Philippines and brought along Myles Kennedy and the guys from The Conspirators with him. Who knew the likes of Slash would even be interested for playing for Filipino fans?? Okay, Stone Temple Pilots did visit two years ago before that. Word got around, I guess. On a related note, I wish Lacuna Coil would visit the country and play for us, also Pearl Jam. But anyway.. 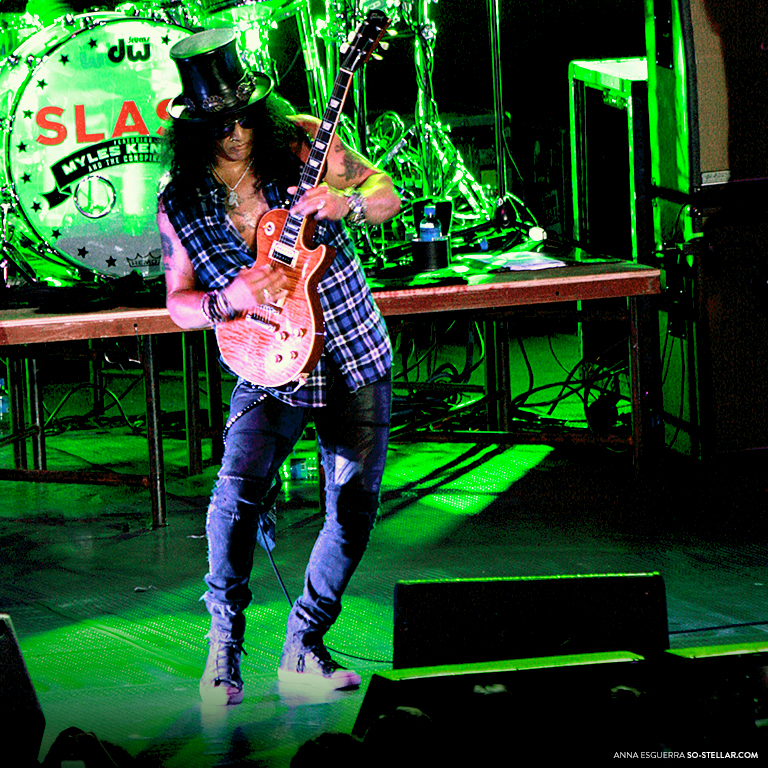 Like any other fan of the music they play (I’m trying my best to avoid naming labels here hehe), I was excited, but I wasn’t hopeful that I would get to watch. But a few days leading to the night of the show, I saw a listing for discounted tickets to seats for the concert that were pretty close. Of course I went ahead and bought a ticket to the show!

I watched alone. I didn’t mind. All I had to do was get comfy in my seat and be entertained by them for the next 2 and a half hours. I don’t have to talk to anyone. No reason for my anxiety levels to go up, it was going to be a peaceful night of good ol’ rock and roll entertainment.

General Luna (was that their name at that time? Or Nicole Ascencio already left the group and went solo by May 2013? I can’t remember) was the opening act. I arrived while they were in the middle of their set time. Moshpit looked empty at this point, I thought it wasn’t going to get full by the time Slash and the guys comes out. Settling in my seat, I thought to myself that this (my location) wasn’t so bad and that I can shoot decent photos from this spot. Awesome. I got my money’s worth lol. (See below the nice~ photos, haha) 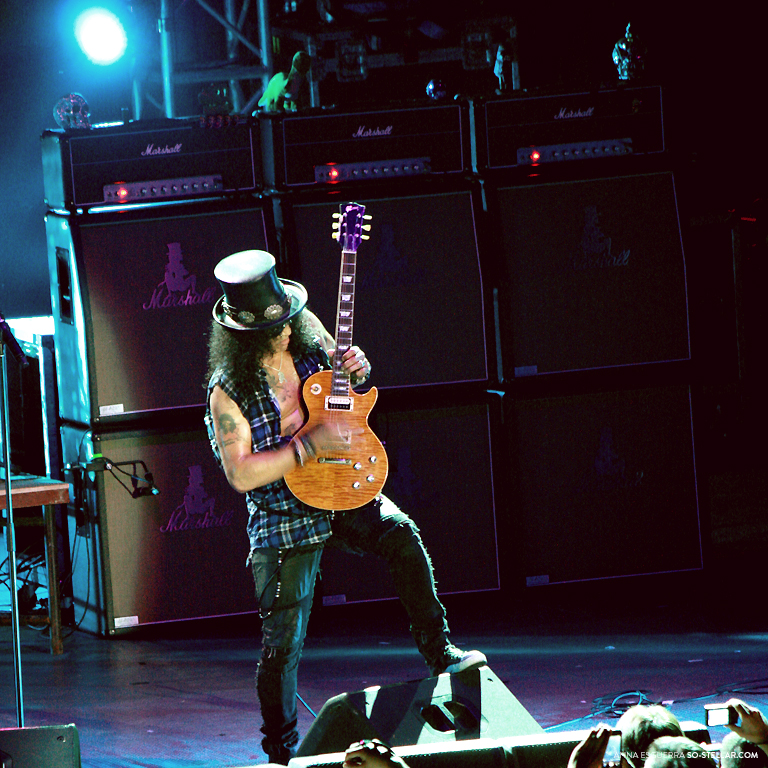 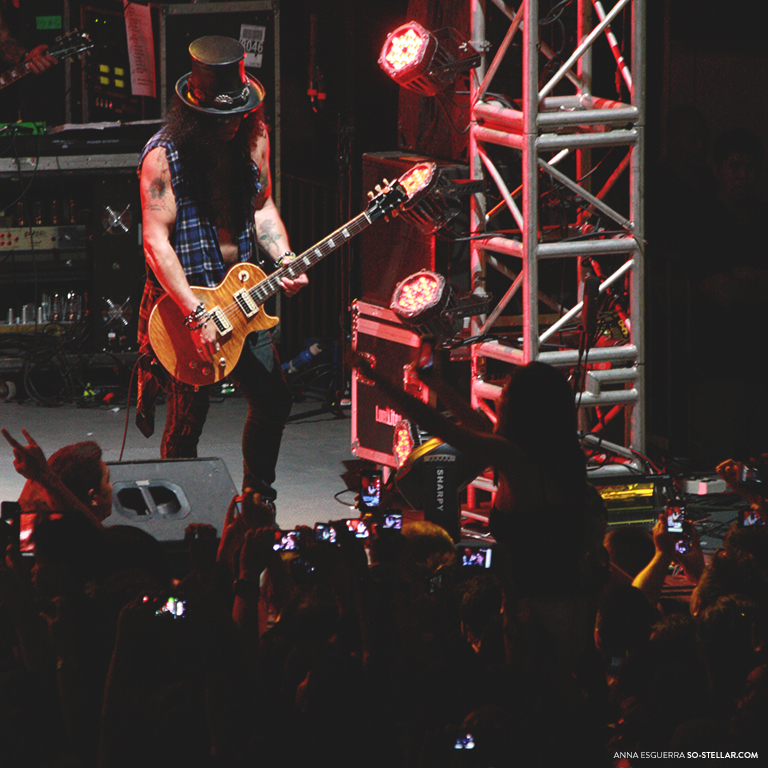 That was also probably the only time that I got to see General Luna play live. I don’t know about everyone else in the venue at the time, but one thing for sure was that we can’t wait for the guys to come out any longer!

And when it was time for Slash, Myles Kennedy and The Conspirators to play.. the coliseum came to life. Finally. There’s Saul Hudson in the flesh. That iconic hat, and that hair, it was right infront of me. Not close enough, but still it was there just some hundreds of feet away. Listeners of rock music, fans were rejoicing, fangirling, fanboying(?), moshing to the songs. Threw out their mobile phones, cameras up in the air to get a photo of him to brag about in social media. 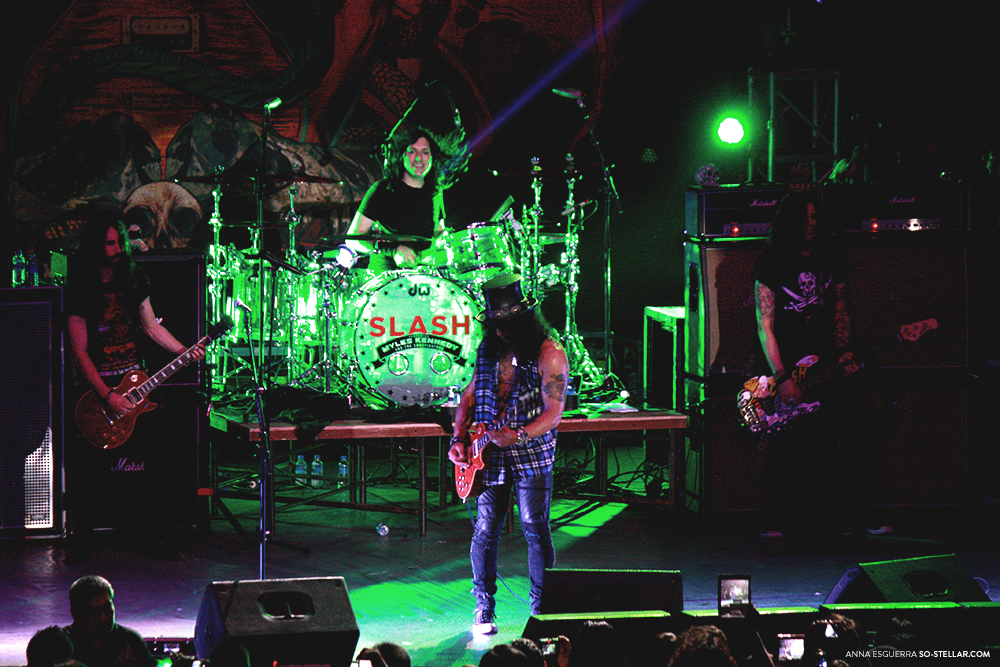 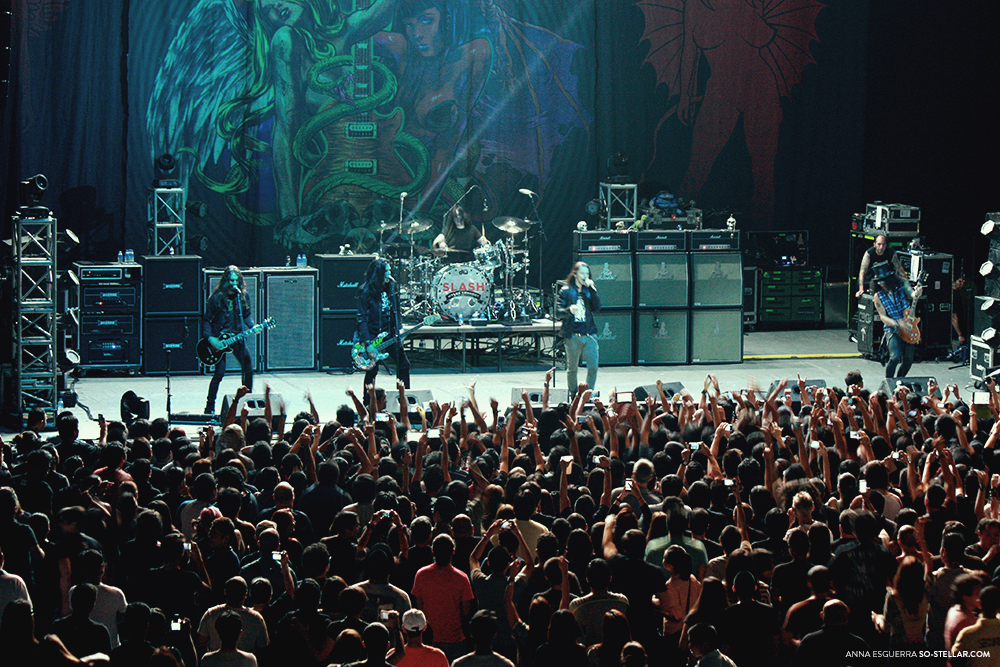 Moshpit crowd turnout during the concert 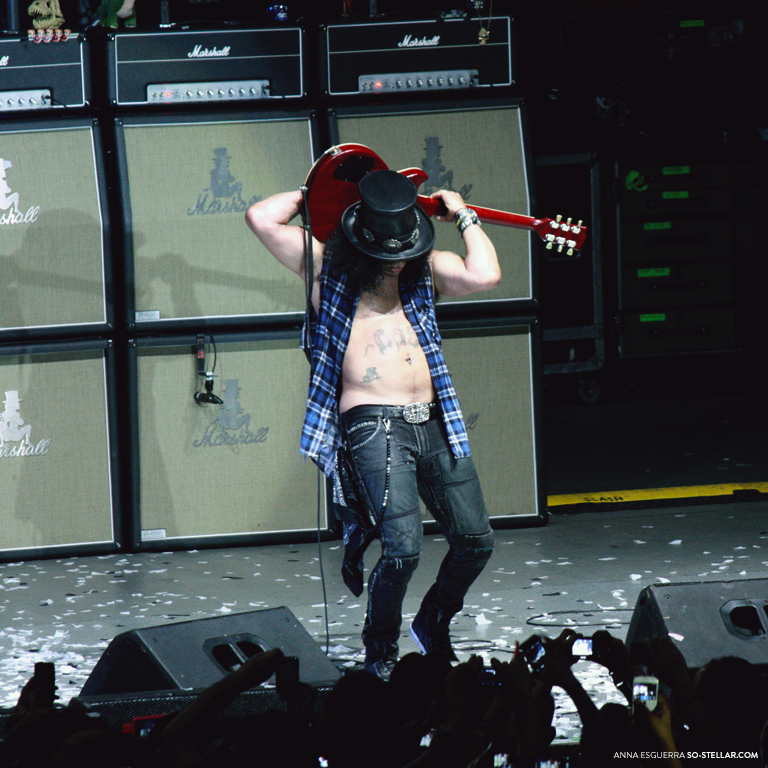 My concern for this show is that he/they wouldn’t be playing the lesser-known/popular songs from Slash’s record. Those lesser-known songs are the ones I happen to really love. Glad to see that they did perform most of these songs in this show! Or maybe they were really popular, I just wasn’t aware. To name a few: Starlight, Back to Cali, Nothing to Say. Gotten, a song w/ Adam Levine on vocals, is probably already popular because of Adam. 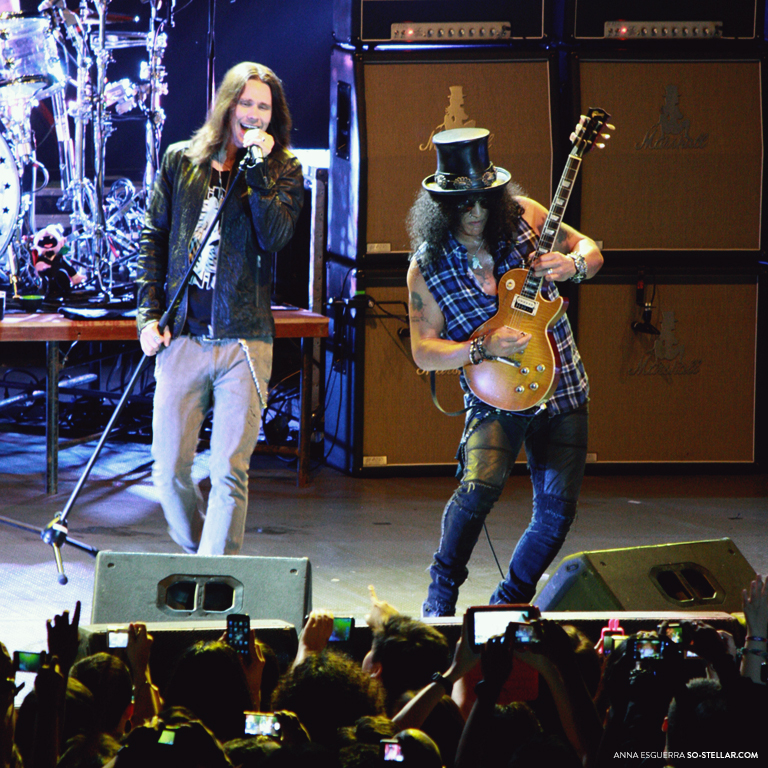 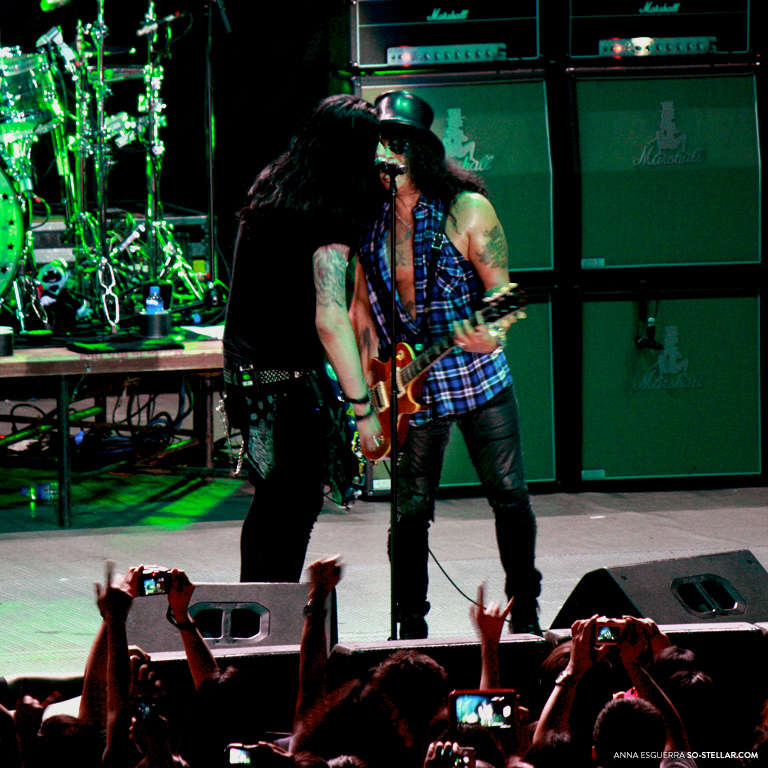 The only thing missing was to hear ‘Watch This’ live. Preferably w/ Dave Grohl, hehe. In another lifetime, and event, probably. I thought they’ll surprise us with a live performance of that but no go. 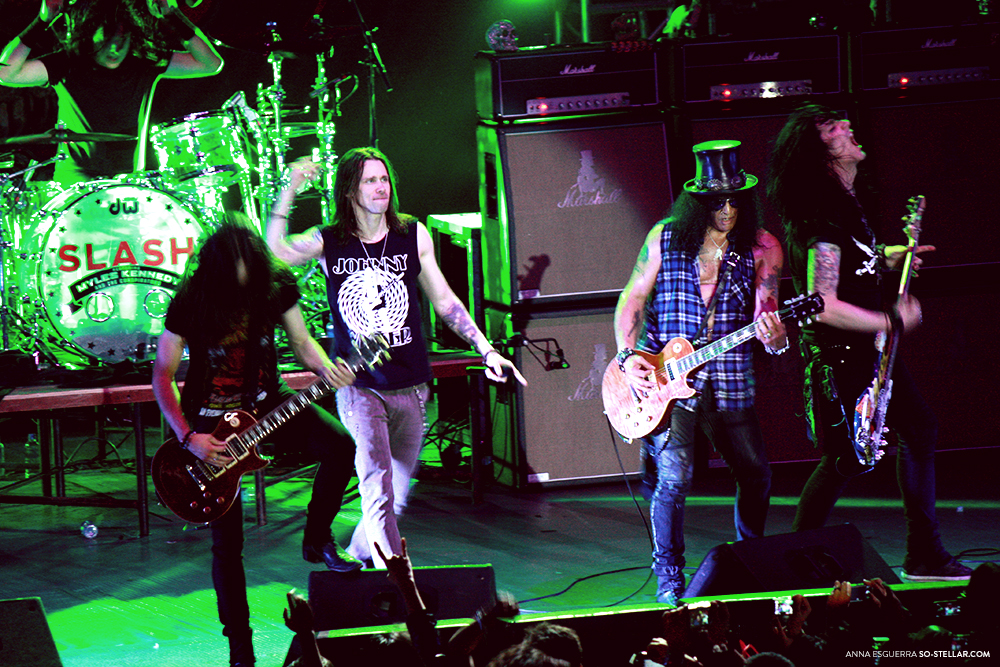 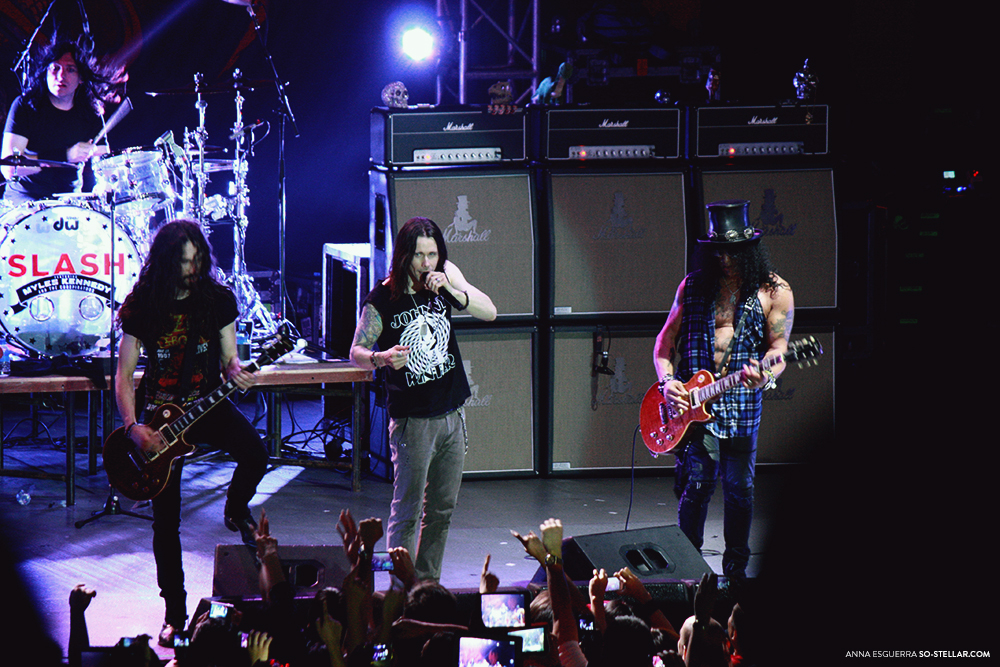 I don’t know if Myles Kennedy is everyone’s cup of tea especially fans who really follow Slash and the whole AXL and Guns and Roses hullaballoo but I think he is an okay performer. He was able to fill whatever void would be there had there be no vocalist in this band. And he seems nice(r). 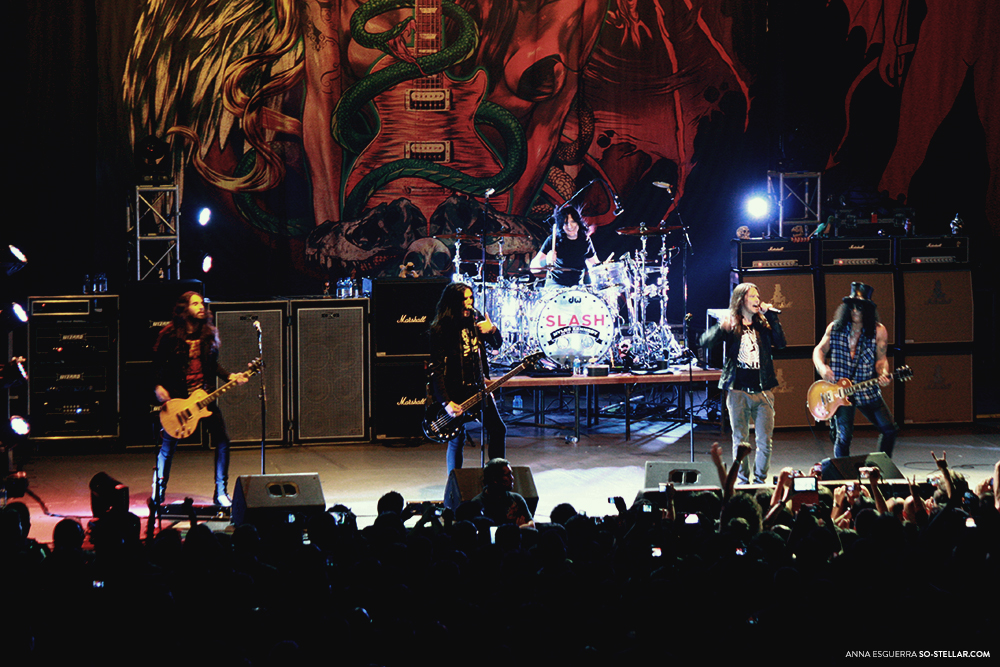 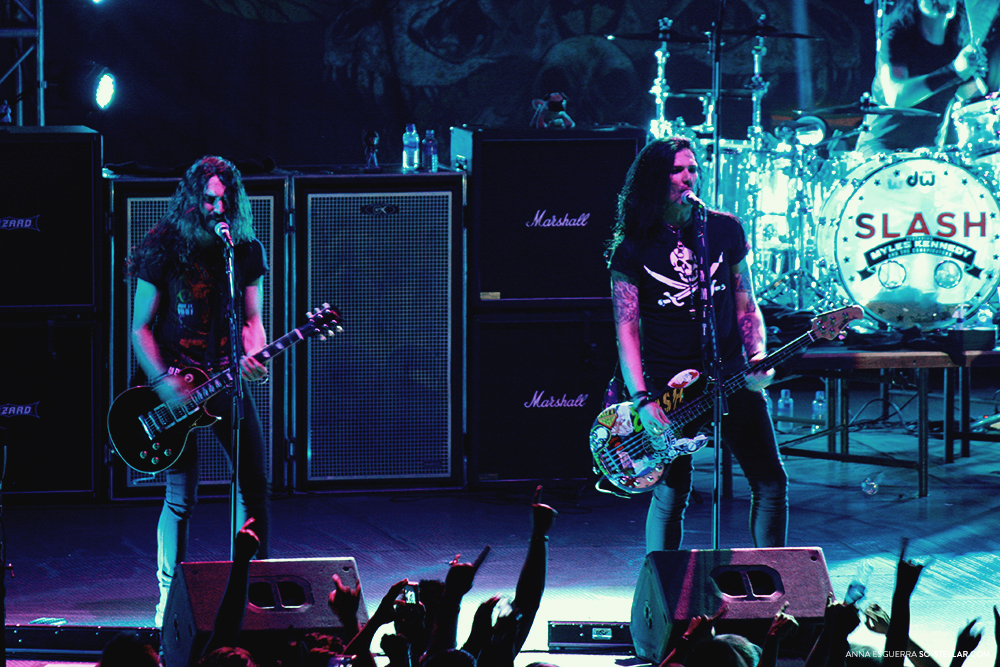 It’s also important to note that yes, they performed the classic songs: Sweet Child of Mine, Welcome to the Jungle, Paradise City. I didn’t bother to take videos of those performances because there are loads of it already around YouTube. And it was only during those moments that the crowd really, REALLY went wild lol. Meanwhile, I stuck as a sore thumb looking indifferent because those songs are so overrated and gasgas to my ears already.

Out of the classic songs, it’s Slither that I pick to be my jam. For me, it’s my “Sweet Child of Mine” song. Does that make sense? I hope so, haha. 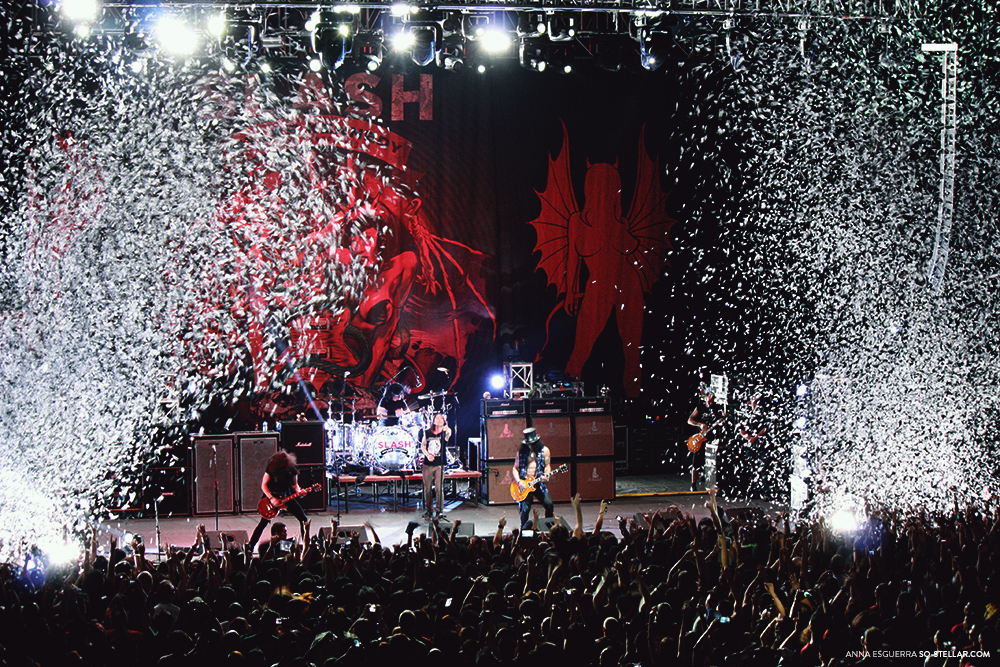 Slash ft. Myles Kennedy and The Conspirators Live in Manila 2013

I wish more artists and bands like Slash would visit the country more. Flock the country if they have to. At the moment they have this impression to me that they’re so rockstar that they don’t give a damn about our country and would play elsewhere instead. Prove me wrong and come here to play. Please. (See that, I said please.) 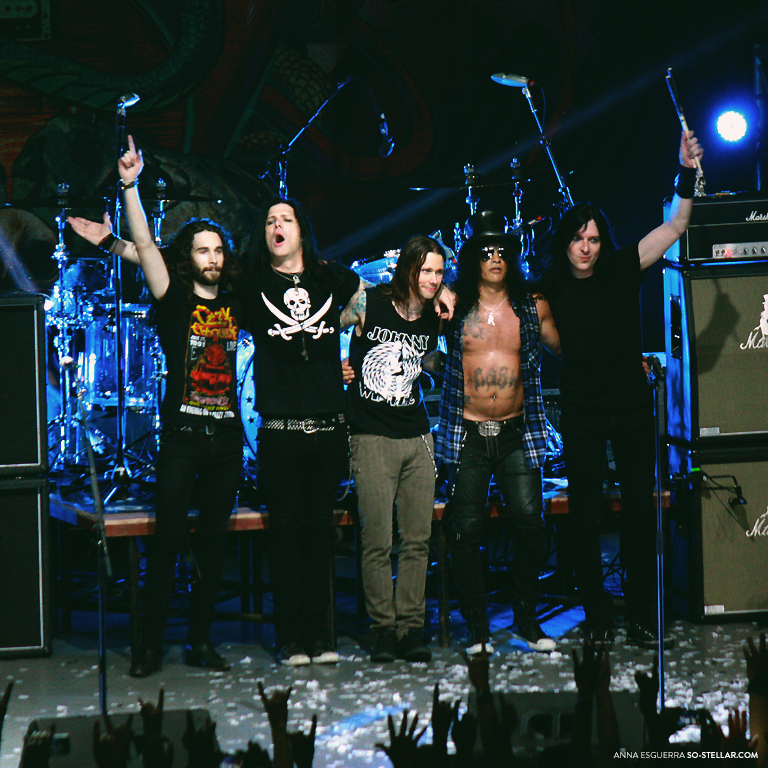 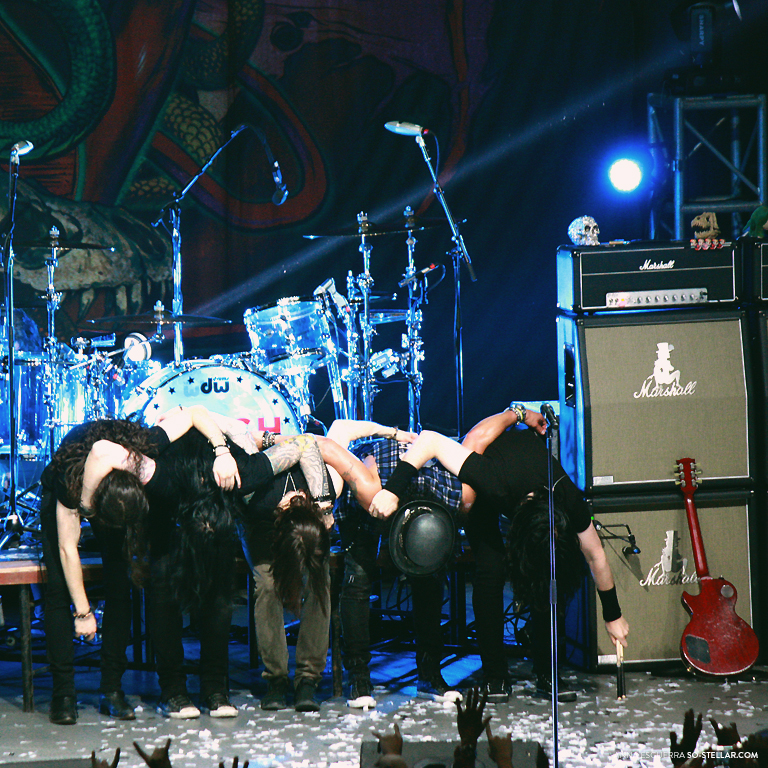 Slash ft. Myles Kennedy and The Conspirators Live in Manila 2013