Rarely do I go with the flow when it comes to discovering music, old and new. With that said, I recently went out of my cave to check out what’s new in the music scene these days. Is there anything good playing in Top 40 radio stations, online or IRL?

The last time I checked out what was new, I think Disney celebrities were dominating the charts or something. Miley, Selena, Demi.. One Direction, Taylor Swift, and um.. Justin Bieber? Lol

This week, I ended up with these albums. A few hours of music video-hopping on YouTube will do some good for the procrastinator. I think, some of the factors that would make me decide if an album or a song is good by my standards is if it meets either of the following: a) relaxing to my ears; b) sounds cool (but not like hip cool, more like easy listening), c) and if I can play it in the background without being distracting. Other important stuff would be the lyrics and the melody of the song.

I had no idea she makes music! I was pleasantly surprised as soon as I listened to a song from this album that I immediately looked for the rest of her songs. One word to describe ALL the songs in this album and her voice: LOVELY.

Song/s that reeled me in: Entitled, Good For One Thing
Reminds me of: Lana Del Rey (I don’t know why, so don’t ask)
Would I keep this album: DEFINITELY. I love it already, so yes! I even wish I can have a physical copy of this album.

END_OF_DOCUMENT_TOKEN_TO_BE_REPLACED

I normally do not post anything related to beauty or skincare in my blog because I do not feel knowledgeable enough in the topic. I am slowly getting into makeup, but so far, I haven’t gone past experimenting lipstick shades that are suitable to my face. My progress is really slow, to the point that it looks like I’m hardly trying lol.

Anyway, that isn’t the point of my post. Today, I thought of writing a rave review of a certain Lush product I discovered and I regret not finding out about sooner. 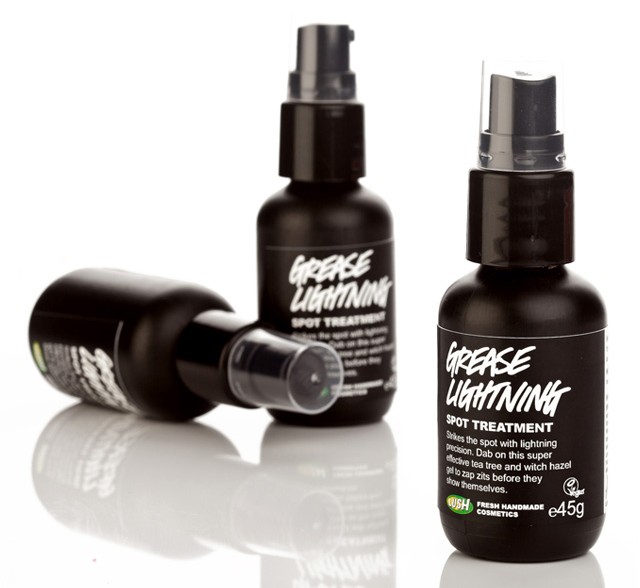 Grease Lightning is a powerful combination of ingredients that will nip any breakouts in the bud without upsetting the skin around them. We use an infusion of antibacterial and antiseptic rosemary, thyme and tea tree, as well as antioxidant-rich grape juice and witch hazel, which is astringent and anti-inflammatory and is said to soothe redness. This product is ideally applied when you feel a spot is about to erupt – prevention is better than cure.

Lush, the brand, is mostly popular for their soap products which do more than just smell really, really good. They are also an animal-cruelty free cosmetics company, and all their products are handmade. Other than their delightfully-smelling soaps, and other items in the bath products department, the price tags of their items don’t exactly come cheap.. hence why I was so reluctant and always skipped their stores whenever I’m at the mall, despite the inviting smell tempting you from miles away. 😛

END_OF_DOCUMENT_TOKEN_TO_BE_REPLACED

Here in the Philippines, a good percentage of people, if one were to ask them of their dream vacation destination, would answer one of the states in the North America, or one of the popular countries in the European part of the globe. It’s almost always somewhere in the Americas though, in my observation.

Some countries around Asia are worth visiting, too, but it’s accessible to most people here AFAIK since we’re part of the continent. There are a handful of interesting countries in South East Asia as it is. So not many people make a big deal out of it.. This goes to the ones with less stricter to no visa requirements prior to entering the country, anyway.

As for me, at the moment I cannot go as far as beyond visa-free countries around Asia.. boohoo. But, it’s free to dream and make-believe for a moment that anything is possible, so for the entirety of this post.. allow me to lay out my plans here if I were to go to the land of milk and honey. *eyes begin to glisten as I begin typing this entire post*

PS: I may possibly go over the board and write unrealistic stuff. My apologies in advance, this is a fantasy vacation trip after all. Haha.